2018 Recipients of the Casting Society of America Award 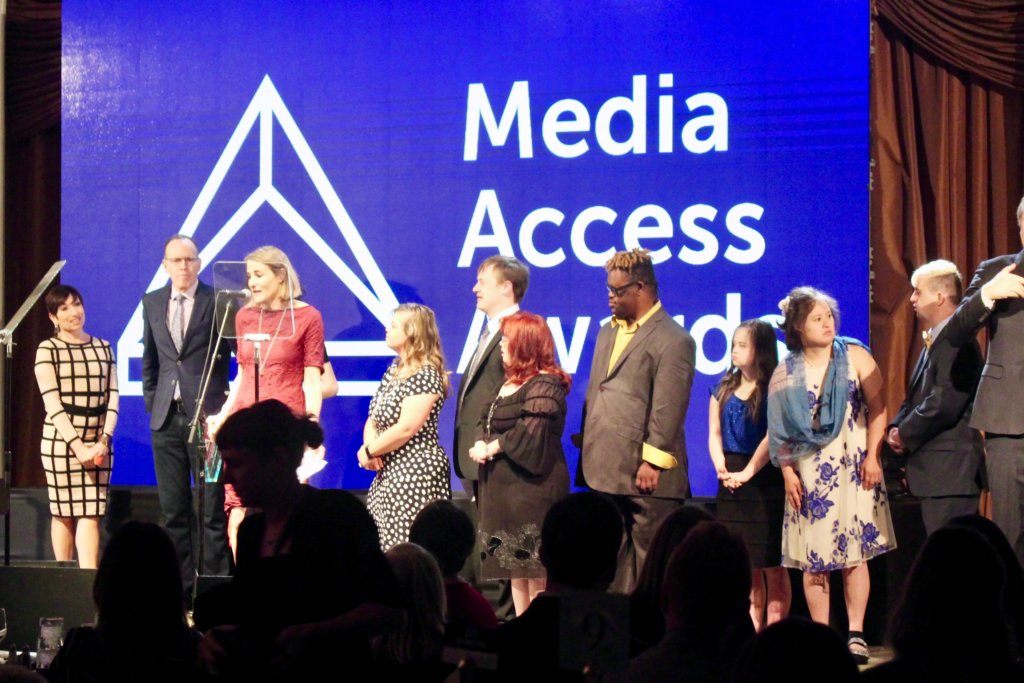 Beverly Hills, California, Nov. 8 — Sasha Alpert (They Call Us Monsters, Autism: The Musical, Born This Way) and Megan Sleeper (Undressed, Born This Way) were honored at the Media Access Awards, which recently has formed a partnership with Easterseals Southern California, for their work to create inclusive entertainment that features the stories of people with disabilities. The ceremony honors media and entertainment trailblazers advancing disability awareness and inclusion.

Alpert, Executive Vice President of Programming and Development, and Sleeper, Senior Vice President of Casting, promote the culture of telling authentic stories of people with disabilities at Bunim/Murray Productions (BMP) through their casting, including for Born This Way.

“Everyone experiences powerful stories,” Alpert said after she and Sleeper won the first-ever Emmy Award for Outstanding Casting for a Reality Program for Born This Way in 2017. “By not including a diverse group of people, we are limiting our ability to tell compelling stories. If we make television that doesn’t embrace the various populations around us, we limit the narratives we tell.”

Executive Producer and creator of Born This Way Jonathan Murray and Born This Way cast members Steven Clark, Cristina Sanz, and Rachel Osterbach presented the Casting Society of America Award to Alpert and Sleeper. This award is given to casting directors who actively participated in the mission of the Media Access Awards, according to the Casting Society of America.

“Once we started casting, we found that young people with Down syndrome are exactly like casting anyone, and we were looking for exactly the same sort of things,” Sleeper said while accepting the award at the ceremony earlier this month. “We were looking for people who were charismatic, who had a really good sense of humor, who were articulate. And we found them.”

“Both of these amazing women are dedicated to bringing people with disabilities into the real world of television,” Murray said before presenting Alpert and Sleeper with the award.

Murray feels that the casting of the show contributed to its overall success. “We are very proud of the fact that our cast is very diverse,” he said. “Born This Way has a cast that includes people with disabilities who are African American, Hispanic and Asian. This is a breakthrough for those minority communities as well.”

BMP embraces stories that often are left behind by mainstream television. Telling authentic and inclusive stories has worked well for the production company. Alpert’s previous work with BMP as a producer on Autism: The Musical also has earned her accolades. The documentary follows five autistic children as they create and perform a live musical performance. It won the Primetime Emmy Award for Outstanding Non-fiction Special. Sleeper started her career as an intern at BMP and has been an integral part of the casting of some of the production company’s best-loved shows, including The Real World, which won many awards during its television run.

Read the post on Jonathan Murray and the Born This Way cast awarding Alpert and Sleeper with the award on our website: www.respectability.org/2018/11/born-this-way-media-access-awards.

Next: A Quiet Place Filmmakers Honored at Media Access Awards