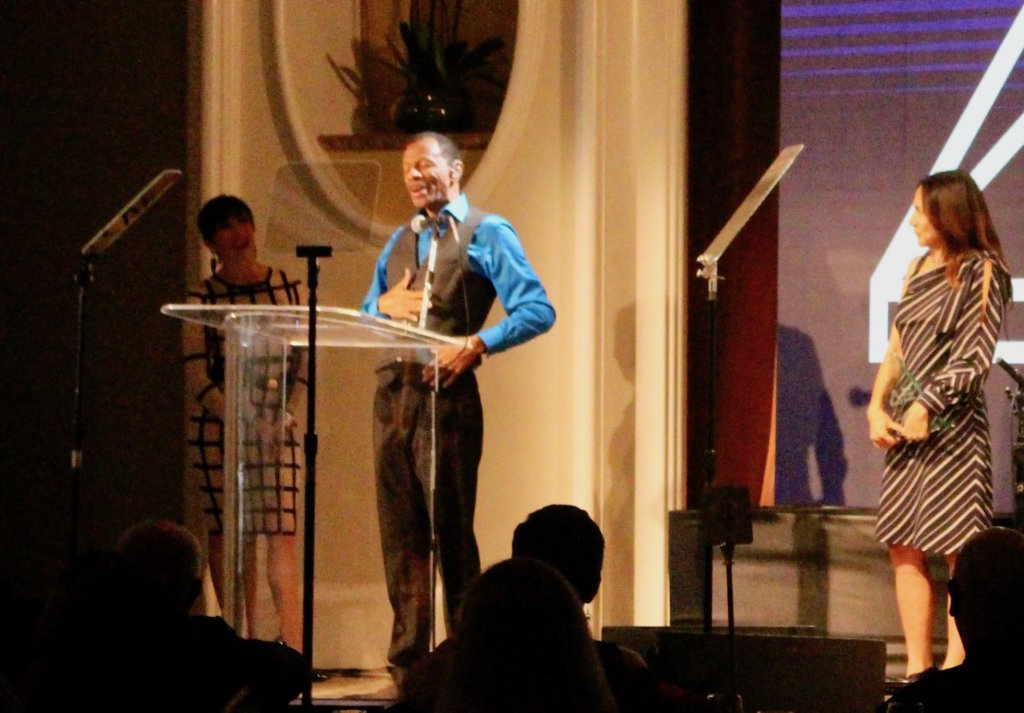 Los Angeles, California, Nov. 8 – “I’ve always believed my talent has nothing to do with my color or my hearing loss. I represent myself as CJ, no labels, but with deep passion for … creating new work. I love to work as an actor.”

Jones delivered an emotional speech while accepting the SAG-AFTRA Harold Russell Award at the Media Access Awards, which recently has formed a partnership with Easterseals Southern California, earlier this month. The ceremony honors media and entertainment trailblazers advancing disability awareness and inclusion. CJ Jones, a deaf actor, is best known for his role in the movie Baby Driver. His scene-stealing acting skills more than qualify him to be recognized at the Media Access Awards. But beyond his superb acting, Jones deserves this award because of his activism, his representation as a deaf actor and his hard work to open opportunities for other actors with disabilities.

Jones’ activism and career have taken him into many different areas of acting, activism and education. Since losing his hearing at the age of seven, Jones has appeared in films such as Baby Driver (2017), Door in the Woods (2017), and the upcoming Avatar sequel.

In accepting his award, Jones talked about his work with Avatar, saying he has worked with them for a year and a half now and they have been incorporating his suggestions. “That is what I call inclusion,” he said. “They have made me feel welcome and my employment accessible the entire way.”

Besides acting, Jones also touches on topics of race, disability and activism in series such as See What I’m Saying, The United Shades of America and What Are You…Deaf? Jones also strives to bring education into his career, with series such as Once Upon a Sign and Through Deaf Eyes. Jones desires to make a place for himself in as many areas as possible, making him a well-known activist.

CJ Jones works through his activism to ensure that there are more roles for deaf actors in Hollywood. In an interview with Haben Girma in 2017, he spoke about the importance of education in creating accessible opportunities for actors. “My big goal is to educate young filmmakers, from high school to college, through film competitions. That’s where the awareness and experience working with Deaf actors, directors, crews, writers, etc., will take place. It’s important that we actors go out and meet them, so they become educated and write roles for Deaf actors.” 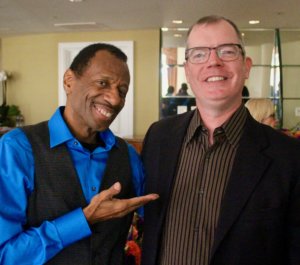 Jones is part of a growing representation of deaf actors in Hollywood. Recent films and television shows other than Baby Driver include A Quiet Place, Deaf Out Loud and This Close. In a 2017 interview with 3PlayMedia, Jones said, “I think it’s about time. Hollywood and the industry are finally noticing that there are talented Deaf people out there. And the writers are now starting to include Deaf characters more.” Jones went on to say that the presence of deaf actors leads to a ‘domino’ effect of representation. This makes Jones’ roles all the more important for aspiring actors in the deaf community.

In the future Jones wants to continue to use his acting opportunities to open doors for the deaf community. Jones told 3PlayMedia that he wants to “just get involved and work and open up those doors, so that more and more Deaf, hard of hearing, disabled actors of any sort will be able to get their foot in the door and have work in TV, film, and stage. If that’s their passion, that’s their dream, they have the right to make their dreams come true.” It is not only Jones’ acting abilities, but his activism for fellow deaf actors that make him a model for the disability community.

Through great acting, activism and greater representation, Jones has managed to make his place in Hollywood as a fabulous actor and activist.

“My message today,” Jones said while receiving his award, is to “stay inspired in whatever you desire and be authentic in who you are. That is the strength that comes from empowerment.”

Next: Career Lessons from a Romance Writer: Robert Rudney on Life, Love and Pursuing Your Career in D.C.