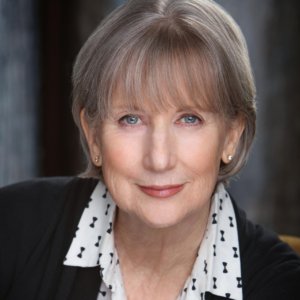 Williamson will be presented with the Norman Lear – Geri Jewell Lifetime Achievement Award at the Media Access Awards, which recently has formed a partnership with Easterseals Southern California, on November 1, 2018. The ceremony honors media and entertainment trailblazers advancing disability awareness and inclusion. Williamson is an indispensable advocate for disability representation in television and film. She demonstrates that with a simple phrase: “Any kid with Down syndrome in the U.S. who wants to act, I’ve probably got their picture.”

“We are honored to present the Norman Lear – Geri Jewell Lifetime Achievement Award to Gail Williamson who has done so much for the inclusion of people with disabilities in media,” said Deborah Calla, Chair of the Media Access Awards. “Gail was knocking on doors decades ago when the conversation about inclusion wasn’t a conversation at all. We owe her so much.”

A Career of Advocacy

Williamson’s work as a talent agent for actors with disabilities spans over 30 years and began as a volunteer position at the Media Access Office in the California Governor’s Committee for Employment of People with Disabilities. Williamson developed a children’s division after being unable to find opportunities for her son, who has Down syndrome, to embrace his love of acting. Williamson wanted other children with disabilities to enjoy participating in entertainment, and to learn the valuable life lessons that come with those activities. Williamson worked with the Media Access Office for 12 years, “building my rolodex, and advocating for people with disabilities,” she says.

Currently, Williamson is a talent agent for Kazarian/Measures/Ruskin and Associates (KMR) leading their Diversity Department, seeking out the right roles for talented actors with disabilities. Her clients include Jamie Brewer, known for American Horror Story, and Gavin McHugh, who has stolen hearts as Christopher Diaz on Fox’s 9-1-1.

“We look at every role and send in people with disabilities,” she says, describing how KMR’s process is different to that of other agents. “We aren’t going to wait for [casting directors] to ask for [actors with disabilities].”

Change for the Better

“About two seasons in, we noticed the world around was changing. People would talk to [my son],” she said. “We saw our lives change and we attributed it to that television show.”

Williamson’s career builds on years of advocacy for the inclusion of people with disabilities, which she credits with her success. The new generation of executives making decisions about who appears on television and in movies, Williamson believes, grew up in a world where inclusion was more of a norm due to years of advocacy. Today, those same executives are thinking about inclusion more than their predecessors.

“I feel so fortunate to have been around when I was,” she said, reflecting on the influence that the preceding advocacy had on her career. “I could have come before it or after it. I’m so grateful that I came into it right when I did.”