A Reflection on Truth and Acceptance: When Fear Finds a Home 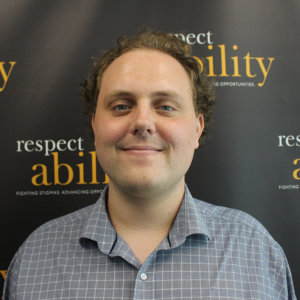 It has never been a struggle for me to open up about who I am. In fact, the countless compliments I receive of “you’re so introspective” from peers and adult figures reassured me over the years that I was a certified expert at introspection. I told myself every morning the summer before my freshmen year at college that I had dug and filled all the holes inside me. Had I known I would struggle with depression and anxiety my first two years of college, I would have dug deeper.

I thought it was ignorance at first, but then I told myself “How could I have known any better.” I loved men, not women, and there was no mistaking it. On a tear-filled phone call with my parents on my 20th birthday sophomore year, I told my parents I was gay. I strongly sensed that they’d be accepting, but nonetheless I still had my anxieties and doubts. Once I heard their I-love-you-regardless-of-who-you-love speeches, I felt calmness in my heart. The truth was out there, and I felt brilliant.

I won’t deny that I have been bruised throughout my journey at college. And although some might say the biggest bullies are those around us, the biggest bully was myself. As someone diagnosed with Obsessive-Compulsive Disorder (OCD), I feared neglect. I feared how people would look at me. I feared most of all that I wouldn’t be able to embrace myself if others didn’t accept me. Fear can do good, but it can do so much evil. I believed that if I joined the LGBT community I would be shunned for having a disability. But much to my surprise, I didn’t know that among lesbian, gay and bisexual adults, 30 percent of men and 36 percent of women have a disability. This is an astounding statistic, and it proves to me how far-reaching the intersectionality is between these two communities

On a path of recovery from all the self-torment, today I find support from those who are closest to me. To be at the intersection of the LGBTQ and OCD communities is such a baffling position to be in. I feel that I still have a ways to go, but by publishing this reflection, I will have made my biggest step toward openness.

Oh, and I might need to stop calling myself an expert.

Previous: Learning About Myself and Coming Into My Own

Next: WEBINAR: Debra Ruh’s Guide on Strategies and Branding Effort on Consumer with Disabilities