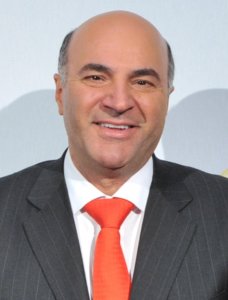 Rockville, Md., Oct. 3 – One of the most pronounced, dangerous and hungry sharks out there has no fins, no tale, and no sharp teeth at all; however, he does have one characteristic that he attributes to his success and even refers to as “his superpower.”

“The way to look at dyslexia is as a unique power instead of an affliction,” O’Leary told Entrepreneur in an interview. “Very few people have the abilities that dyslexics have. If you look down the road, as they grow, what happens to dyslexic men and women is they become very successful in business. This is because dyslexia gives you some really unique perspectives and abilities that I’d call superpowers.”

“You have the ability to read backwards, read in a mirror, read upside down. Can any of your classmates do that?” said O’Leary. “And that’s actually [what] got me back the only thing I really needed, which was my confidence.”

The 63-year-old Canadian businessman got his start in 1980 while working as an intern to the brand manager at Nabisco’s cat food branch while completing his MBA in entrepreneurship at Ivey Business School at the University of Western Ontario. It was during this time at Nabisco that he learned he could translate his marketing skills into his first, very successful, business venture.

In 1986, with two partners, O’Leary started Softkey, a company that distributes CD-ROM-based computer software for Windows and Macintosh. The software company was immensely successful and by the time O’Leary sold it, the company had acquired both of its biggest competitors: The Learning Company and Mattel. It is apparent that O’Leary’s dyslexia has never held him back.

Prior to joining Shark Tank, O’Leary opened a plethora of successful business including two investment firms, a bookstore, a mortgage company and a wine company.

He now has been a regular on Shark Tank for eight seasons, where his nickname ‘Mr. Wonderful’ was coined and he gained his fierce reputation.

“I meet lots of dyslexic people today and I get to encourage them,” said O’Leary in an interview with CNN. “It is a super power. That’s what I say to them.”

Next: Disabled Vet Leads Restaurant, Hires Other Vets with Disabilities