Did you know there are 56 million Americans with disabilities?
That 56 percent of likely voters say they, a family member, or a close friend has a disability?
And the disability community spans partisanship?

The disability community has the power to swing elections. For the first time, presidential candidates on both sides of the aisle are talking about our issues. 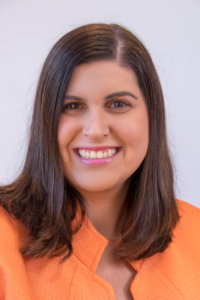 Lauren Appelbaum is Director of Communications at RespectAbility and Managing Director of The RespectAbility Report, a nonpartisan political commentary on the 2016 U.S. elections with a focus on disability issues. On behalf of RespectAbility, Lauren and her team have met with all of the presidential candidates on both sides of the aisle, asking them to address a variety of disability issues including employment for PwDs, accessibility issues, crime rates and more. Lauren has traveled to the early voting states of Iowa, New Hampshire and Nevada on multiple occasions, meeting with presidential campaign staffers and local disability leaders to further our mission.

Previously, Lauren worked for NBC News’ Political Unit, covering the 2006 midterm and 2008 presidential elections as a digital political researcher for NBC Nightly News, the Today Show, MSNBC and CNBC. She contributed more than 300 analytical posts about political issues, the Obama transition and the White House for NBC’s First Read political blog, and shot material for air on Today Show, Weekend Nightly News, and MSNBC. Born and raised in the Philadelphia area, Lauren earned a Master’s degree in Broadcast Journalism from Syracuse University. Her undergraduate degrees include Urban Studies from Columbia University and Midrash from the Jewish Theological Seminary.