Building Allies and Providing Solutions: Educating and Engaging Legislators Throughout the Country in our 2023 Agenda 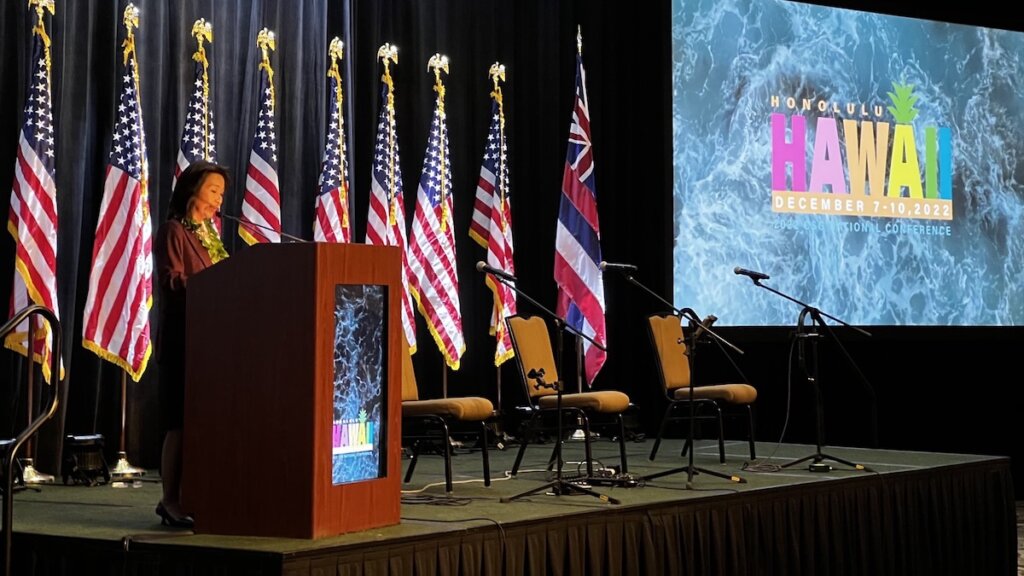 At each discussion, I had the opportunity to educate these leaders on the disability dimensions of their most pressing issues, while advocating for solutions incorporating the needs and talents of people with disabilities. The five days of meetings were an opportunity to educate, learn from, and build relationships with the policymakers that I will engage with all over the country this year. END_OF_DOCUMENT_TOKEN_TO_BE_REPLACED

Coming Home: My Journey to RespectAbility 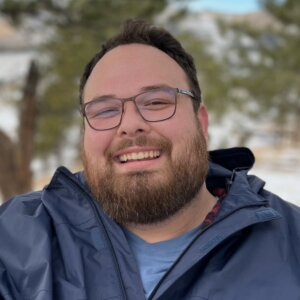 When I was offered the Faith Inclusion and Belonging Associate position at RespectAbility, I felt I was coming home. The intersectionality of faith inclusion and disability is at the heart of my calling, woven through the very fabric of my being.

I have lived with dyslexia my whole life (what an ironically hard word to spell). When I was in high school, I sustained a physical injury which caused severe constant, chronic, and debilitating pain. The obstacles I encountered with a physical disability made me become intimately and undeniably aware of the physical manifestations of ableism.

As an undergraduate major in religious studies receiving disability accommodations I investigated the connections between disability and spirituality in a multifaith context. I continued that journey at Yale Divinity School and began asking questions about disability and Christian traditions. I was both disheartened and encouraged. I was heartbroken as I came to terms with the ways Christianity was instrumental in constructing the current systems of ableism which are pervasive in western society. I was also curious about ways Christianity could be a site of liberation and transformation for disabled people, faith communities, and institutions. END_OF_DOCUMENT_TOKEN_TO_BE_REPLACED

“An Irish Goodbye:” A New Standard for Disability-Focused Stories

New York City, Jan 12 – Heartwarming, witty, and wonderfully sweet, An Irish Goodbye conveys the nuance of two characters caught in the middle of grief while also tackling what some people would consider an unusual brotherhood. Lorcan, played by James Martin, is taken aback by his mother’s death but also is afraid he will lose his brother Turlough. Meanwhile, his brother, played by Seamus O’Hara, struggles to find a way to care for his brother who has Down syndrome. Turlough wants to send Lorcan off to his aunt so he can return to London and just move on.

It is no wonder that this short film has been shortlisted for the BAFTA Film Awards and the Academy Awards. It manages to explore so many complicated subjects in such a short time while also delivering truly charming characters. It can be hard to find honest and well-meaning portrayals of “inter-abled” relationships. So many films show a caretaker who outshines the character with a disability, who is only defined by their struggles. Often, characters like Lorcan would be reduced to tropes surrounding Down syndrome. However, An Irish Goodbye changes everything by making sure that the core of the story is a relationship between brothers. 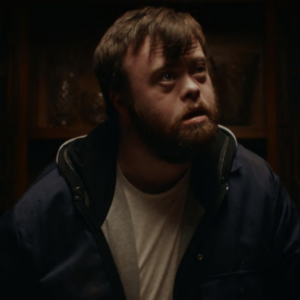 James Martin as Lorcan in An Irish Goodbye

Lorcan feels like such a wonderfully fleshed-out character, even when people misunderstand him. He is mourning for his mother but also for the previous relationship he’s had with his brother. He also has a memorable personality of his own: he is easily the funniest character and approaches everything in an honest and sweet manner. Turlough finds that maybe he underestimated Lorcan and hasn’t opened himself up to seeing him as he is. Seeing both brothers slowly understand and laugh with each other, in their unique way, will make anyone fall in love with these characters.

END_OF_DOCUMENT_TOKEN_TO_BE_REPLACED 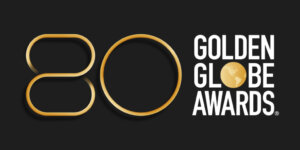 After grappling with a lot of diversity, equity, and inclusion issues throughout the past few years, the Hollywood Foreign Press Association’s Golden Globes will return to television this Tuesday, January 10, 2023. While the majority of films and television shows do not include any disability inclusion, it is important to note that several disability-inclusive films and television series have been nominated.

One-in-four adults having a disability in the U.S. today, but the lack of representation – just 3.5 percent of characters on TV and 2.3 percent on film – means that millions of people are unable to see themselves in media today. This makes it so important that several of the nominations this year feature disabled individuals. 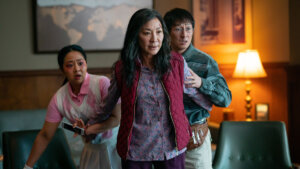 Of all the Best Picture nominees, “Everything Everywhere All at Once” is the only film to include disability in the plot. Evelyn Wang, played by Michelle Yeoh, was confirmed by Daniel Kwan, one-half of the writer/director team “Daniels,” to have undiagnosed ADHD. Kwan set out to write a lead character with undiagnosed ADHD, which he felt would add to the external and internal chaos in the film. Through his research of ADHD traits, Kwan felt a sense of familiarity and ended up getting diagnosed with ADHD himself. END_OF_DOCUMENT_TOKEN_TO_BE_REPLACED 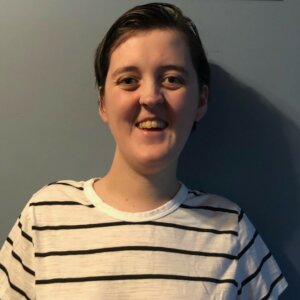 Throughout my childhood education, I took my own short, wheelchair accessible bus to the school a town over from mine. My town’s school was less than a mile from my house, but they had refused to accommodate me. My mother fought tooth and nail, got a lawyer, and the local school ended up footing the bill to send me to the next town over. By the time I graduated, I knew I had my parents to thank for getting me an equal education and supports to live, but I did not comprehend all of the work of the generations of disabled people before me that had created this pathway. I think it was this experience that made me want to understand the societal aspects of disability and major in Disability Studies in college.

In college, I took a class in Disability History, and learned that the laws that protected people with disabilities were not just given; they were fought for by disabled activists. It made me realize the role disability history had played in my life. My education, medical care, and community supports were all a direct result of years of hard-fought activism.

When I started my apprenticeship at RespectAbility, I pitched the idea of doing a social media series on disability history, because it is such an under-taught topic that is essential to understanding how to address the issues the disability community still faces today. I was so grateful to share Tom Olin’s and Anthony Tusler’s photographs in the series to help bring these important events to life. While at community college, I took the public bus for the first time, photographing the experience for my photography class. It was not until creating this project that I realized how ADAPT’s actions and Tom Olin documenting them allowed such a moment to occur. END_OF_DOCUMENT_TOKEN_TO_BE_REPLACED

The Torah of Bobby Silverstein 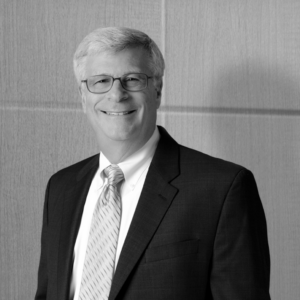 I didn’t know what to expect when I met Bobby Silverstein. I had met many great disability icons, but Bobby was sort of a mystery to me, a name that I always knew, but knew very little about. It was thus with some trepidation that I invited him to share an introduction reflecting around 30th anniversary of the ADA on what the law meant to him, as an advocate, a lawyer, and a Jew. Bobby opened his remarks saying “to me, the ADA is a codification of the commandment to do justice and pursue acts of loving kindness.” He continued, “to do justice, one must understand history and the nature of injustice experienced by people with disabilities.” He followed with a haunting and powerful primer on the injustices faced by people with disabilities in Western civilization. END_OF_DOCUMENT_TOKEN_TO_BE_REPLACED

The holidays can be busy and stressful for many people. The hustle and bustle of decorating, shopping, or for some, being alone or missing a loved one, can be overwhelming. Some push through to the point of not taking care of themselves, while others may withdraw. Everyone copes differently, and there are numerous strategies one could use to help their mental health this holiday season. Here are a few possibilities:

Remember what really matters to you: You could do this by making a list of what you enjoy, including traditions, creating new memories, or spending time with those that matter to you. END_OF_DOCUMENT_TOKEN_TO_BE_REPLACED

by Matan Koch and Lauren Appelbaum 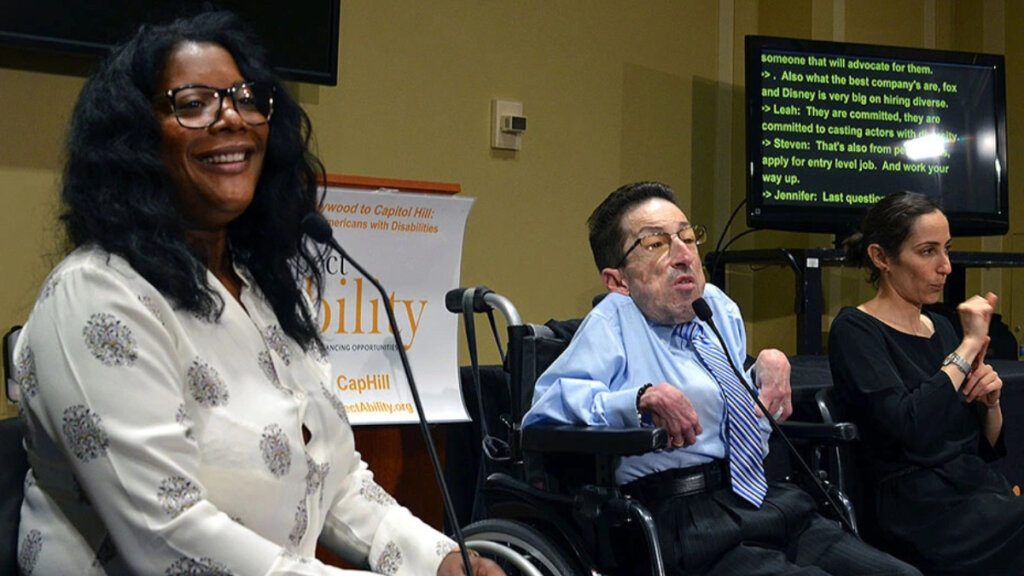 RespectAbility honors the life of former Board of Advisors member Steven James Tingus, who passed last week at age 59, shortly after the premiere of his new film “Triggered” at the acclaimed Indie Night Film Festival at the TCL Chinese Theatre. Tingus was hailed for his role and as a voice for social equality. He graced the stage thanking his co-producer and co-star Marcus Nel-Jamal Hamm for “walking the walk and talking the talk.”

A former Presidential appointee in charge of disability, aging, and health care research and policy, Tingus often called for making the business case for disability inclusion and served a term on RespectAbility’s Board of Advisors from 2016 – 2019. During his tenure, he participated in a series of PSA’s produced by RespectAbility to ensure philanthropists are inclusive of people with disabilities. END_OF_DOCUMENT_TOKEN_TO_BE_REPLACED 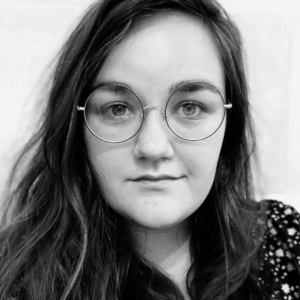 Murray, who started out as a novelist, says that screenwriting is less lonely than writing novels because it is more collaborative. “There is a lot less crying” involved in screenwriting because she does not have to be alone with her thoughts, and she has others to “bounce ideas off of.” END_OF_DOCUMENT_TOKEN_TO_BE_REPLACED 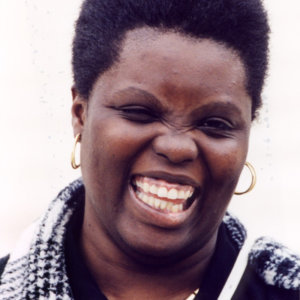 Lois Curtis had been diagnosed with schizophrenia and developmental disabilities as a young woman, and by her late 20s she had spent more than half her life in state institutions. Isolated and angry, she chain-smoked to pass the time and prayed to God at night, asking to be rescued from the Georgia Regional Hospital in Atlanta.

Ms. Curtis’s prayer for freedom made its way to the Supreme Court. In Olmstead v. L.C. (1999) – Ms. Curtis was the “L.C.”— the Court decided “unjustified isolation” of a person with a disability is a form of discrimination under Title II of the ADA. The justices delivered a landmark ruling that gave people with disabilities the right to receive care and support services in their own homes and communities, not just in state institutions. This offered a legal framework for people with disabilities to secure the right to live, work, and study in their own communities, galvanizing the disability community by legally empowering the independent living movement. END_OF_DOCUMENT_TOKEN_TO_BE_REPLACED