Submitted testimony will help inform Congressional efforts to rebuild the economy and get workers with disabilities back to work.

In response, the national disability inclusion organization RespectAbiltiy weighed in with their perspective on how to advance new opportunities for workers with disabilities and close crucial gaps in outcomes for people from marginalized communities. END_OF_DOCUMENT_TOKEN_TO_BE_REPLACED 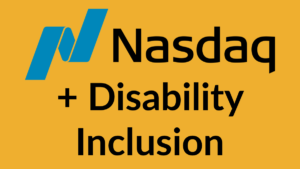 Washington, D.C., January 29 – In a week where the stock market was all over the headlines, a group of disability advocates responded to a solicitation from Nasdaq about proposed rule changes that would impact board room diversity. In their testimony about this proposal, the group, which included the National Organization on Disability, the National Disability Institute, ANCOR, Disability:IN DC Metro and RespectAbility, called for the proposed rule change to include recognition that the 1-in-5 people with disabilities want to have a better future themselves and to create a better future for others as well.

Back in December 2020, Nasdaq filed a proposed rule change at the Securities and Exchange Commission (SEC) intended to drive greater diversity and inclusion in Corporate America. The specific proposal would “require Nasdaq-listed companies…to have at least one director who self-identifies as a female… to have at least one director who self-identifies as Black or African American, Hispanic or Latinx, Asian, Native American or Alaska Native, Native Hawaiian or Pacific Islander, two or more races or ethnicities, or as LGBTQ+.” If Nasdaq-listed companies did not comply, they would have to explain to the SEC why such self-identified diversity was lacking in the makeup of the current board members. END_OF_DOCUMENT_TOKEN_TO_BE_REPLACED 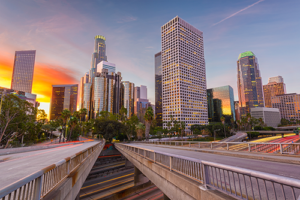 Los Angeles, CA, May 7 – RespectAbility, a nonprofit organization fighting stigmas and advancing opportunities for people with disabilities, submitted the following public comments last week to the City of Los Angeles Workforce Development Board. The Board is in the process of finalizing their new Workforce Innovation and Opportunity Act (WIOA) Year 20/2019-2020 Annual Plan. This plan will guide how the City of Los Angeles invests critical federal resources, builds new collaborations and works to empower people with barriers to employment in the year ahead.

RespectAbility’s public comments, which were jointly written by the organization’s D.C. and L.A. based staff, focused on several critical issues. First, the comments outline key data points about the size and scope of the disability community in Los Angeles. Second, the comments outlined in extensive detail about critical best practices and proven models of empowering job seekers with disabilities to successfully enter the workforce. Third, the comments cover a range of other issues including adopting disability best practices into existing programs to support the reentry population, expanding entrepreneurship opportunities, and supporting the local community through parent engagement as well as community resource fairs. Lastly, the public comments go into detail about how to leverage the incredible power of media and Hollywood to empower people with disabilities by fighting stigmas.

The working draft of the City of Los Angeles Workforce Development Board’s 2020 plan can be found on their website here. Read RespectAbility’s comments in full below. END_OF_DOCUMENT_TOKEN_TO_BE_REPLACED