Elsa: Short Film Fights Stigmas Around People Who Are DeafBlind 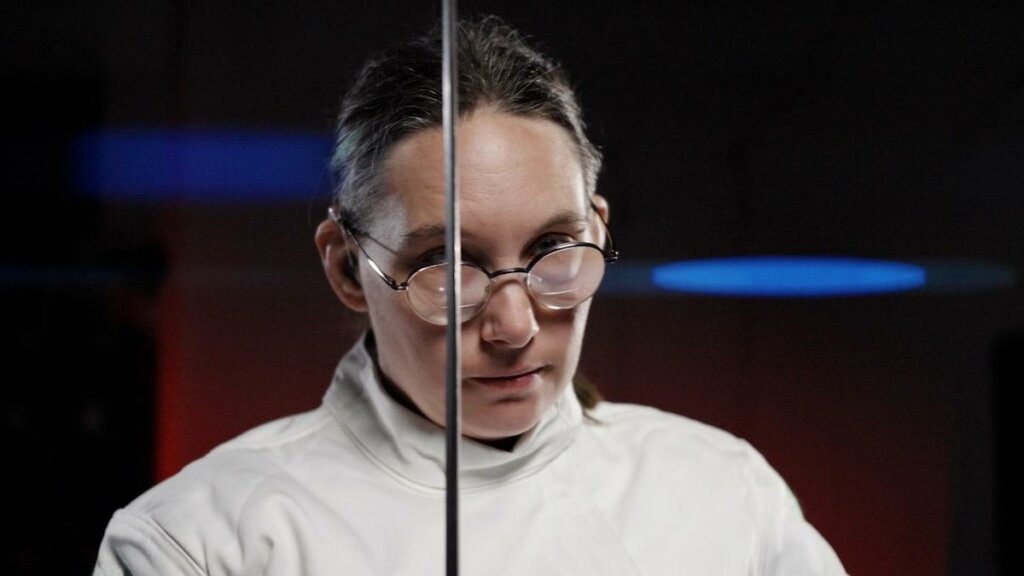 Elsa is a powerful short film that challenges assumptions regarding individuals who are DeafBlind. The documentary-style film was directed by Cameron S. Mitchell, a RespectAbility Entertainment Lab fellow. The short film is premiering as part of PBS’s American Masters series, a collection of short films originally started in 1986 that celebrates American arts and cultures. Elsa is a part of a series on Helen Keller that aims to spotlight modern DeafBlind role models.

One of Sjunneson’s opening lines, “I think a lot of people hear the word DeafBlind and they assume that I’m going to be quiet,” sets the stage for a film meant to challenge ableism. The very nature of the film, which is heavily narrated by Sjunneson, contradicts this stereotype. She will not be quiet just because people expect it from her. Sjunneson does not dance around the point, she tackles it head on with an air of confidence that only someone sure of themselves can conjure. This allows the audience to trust her; she is sure of herself, so we should be too.

Sjunneson shares an anecdote about learning about Helen Keller in school that makes an important point about the lack of disability education in the U.S. school system. She learned that Keller, who was also DeafBlind, was taught to speak “by standing next to a water pump.” Despite having the same disabilities as Keller, Sjunneson did not relate to her story. The school neglected to mention that Keller was a politically active socialist and performed on Vaudeville. Sjunneson links this to the infantilization of disabled people, or as she says, “we choose, as a society, not to look at [disabled people] as [adults].” Like Sjunneson’s own life, Keller’s was multifaceted; she was well-read, traveled the world, and had a complex relationship with her disabilities. Elsa resists the societal tendency to simplify the lives of disabled people to make them more palatable. The film shows us that Sjunneson does not fit neatly in any single box. She has various hobbies, is an athlete, a professor, a writer, and a daughter of queer parents. Her DeafBlindness does not negate any of her other facets, but it is a part of it.

Growing up at the height of the AIDS crisis, Sjunneson speculates that her father, who contracted AIDS, tried to hide his daughter’s disability at times because it made him confront his own disabling condition. As she states, “There were a lot of things to hide because society told us to.” This link Sjunneson makes illustrates how different identities intersect. LGBTQIA+ issues are disability issues, and disability issues are LGBTQIA+ issues. No single issue exists in a vacuum, and her father likely feared that his daughter’s disability would only compound the marginalization he faced with his own identities. Sjunneson was shaped by her parents’ experience in the same way that we are all shaped by our upbringings. She also credits her father for teaching her how to be an advocate for both disabled people and queer people.

Sjunneson describes the rage she feels as a “burning fire in [her] chest every single day…[that] comes from existing in a world that wants to define [her] constantly based on their own decisions of who [she] should be.” This rage is often discussed in disability spaces, aimed at inaccessibility and other forms of ableism in society. This humanizes disabled people by revealing that just as anyone else, they crave autonomy.

While much of the hearing world considers deafness a loss of hearing, Sjunneson describes the concept of Deafgain, which is the idea that Deaf people’s other senses may be honed since they cannot rely on sound. For Sjunneson, this is seen in her ability to fence and downhill ski. She describes a time when she took her hearing aids out during fencing practice, and the coach marveled at how she was the best fencer. Sjunneson attributes this to her ability to hyperfocus on a single thing. Because she is blind, she cannot rely on sight, so she processes senses through her feet or her sword. For skiing, she performs better without her hearing aids because she can focus on her feet. This shows that disability is not an inherent deficit; there are skills disabled people may possess that their nondisabled peers may never have the chance to fine tune.

The piece is not merely a chronicle of Sjunneson’s life; it is an ode to the disabled people who choose to be visible in a world that wants them to hide to make nondisabled people feel comfortable. It reminds nondisabled people that disabled people are simply people with hobbies, jobs, strengths, and weaknesses. This message need not solely apply to those who are DeafBlind; a cornerstone of the disability experience is living in a society that has low expectations for you. It would be a disservice to call Sjunneson inspirational; she is much more than an object to be admired. She reminds us, “[People] don’t need a degree in disability studies [to advocate]. They don’t need to be disabled. They just need to be willing to listen.” This is what makes the film relevant to all audiences. Through telling her own story, Sjunneson succinctly reminds us that disability is part of the human condition.

Next: At Last: A Welcome Narrative About Growing Up, Identity, and Self-Acceptance