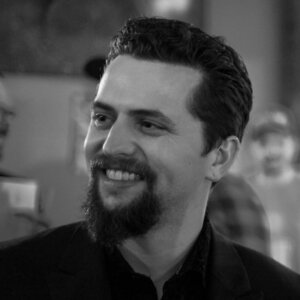 Cameron S. Mitchell (Owner, CSM Productions) is an award-winning filmmaker with almost two decades of experience as a director and cinematographer. Cameron’s work has been featured in major publications including Deadline, Variety, XXL, Rolling Stone, and more. He has created Emmy-winning work for Netflix, as well as Amazon, Marvel, Hulu, and every major cable television network. Cameron makes an active effort to contribute new content to the film industry that represents disability viewpoints, including his narrative short The Co-Op (Premiered at Slamdance 2021, Presented by Hulu, Winner: Bergen International Film Festival), his doc short for PBS American Masters: Elsa (which he is currently looking to expand into a feature), and his feature-length documentary Disposable Humanity on the Nazi Aktion T4 program which targeted people with disabilities (In Post-Production and looking for finishing funds).  You can see more of Cameron’s work at www.cameronsmitchell.com.