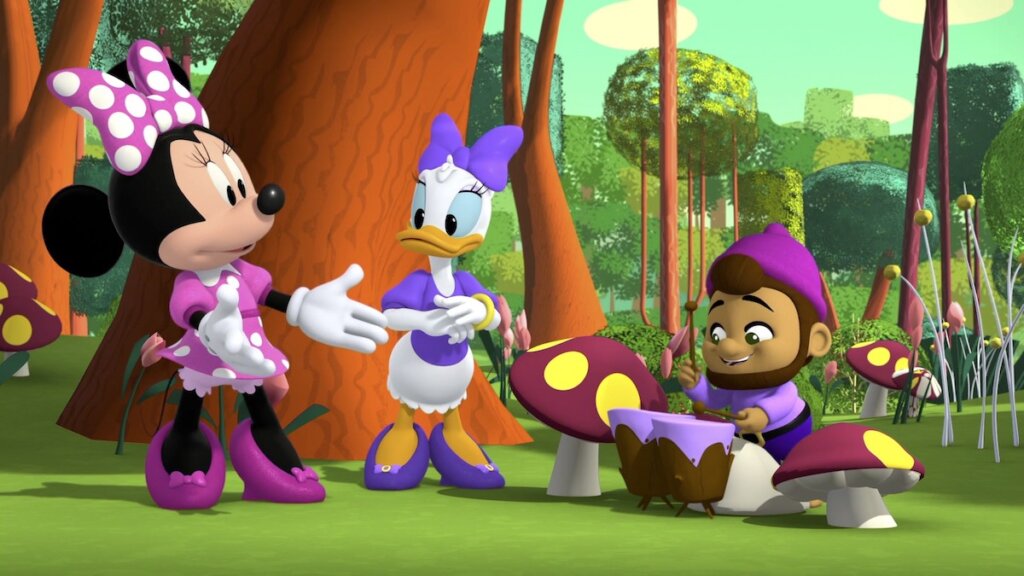 Minnie Mouse, Daisy Duck and Fig in a scene from “Mickey Mouse Funhouse”

Los Angeles, CA, May 13 – Fans of Mickey Mouse who use ASL to communicate will be seeing themselves represented by a new character, Fig, a gnome friend who is deaf.

Fig made his debut in Disney Junior’s “Mickey Mouse Funhouse” Friday. A drummer and music enthusiast, Fig and his sister Olive help Minnie and Daisy understand how he communicates. “The Music of the Seasons” will re-air throughout the month of May and beyond and Fig will appear in additional upcoming episodes alongside Mickey and his friends.

RespectAbility Vice Chair Delbert Whetter and his brother Jevon Whetter, who are both deaf, consulted on the development of this character.

“Jevon and I feel so privileged and honored to connect young deaf and hard of hearing children with such iconic characters as Mickey and Minnie using ASL, a language that is visually accessible to them,” said Delbert Whetter, who has more than 20 years of experience in producing animated feature films.

Kate Moran, who wrote the episode, has close family members who are deaf and strives to bring more inclusion to the deaf community with her work.

“We need to see EVERYONE in children’s media,” Moran told Romper. “Expanding the represented world means that when a child meets a child who is deaf, for example, they will have some understanding of deafness and what that means, and be able to communicate and play and become friends.”

Moran spoke about working with Whetter in an interview with The Laughing Place.

“My focus was to make sure that I got the story right,” she said. “We worked with really amazing consultants from RespectAbility who made sure that not only was the story told as correctly as possible, but also that, that translated visually too.” 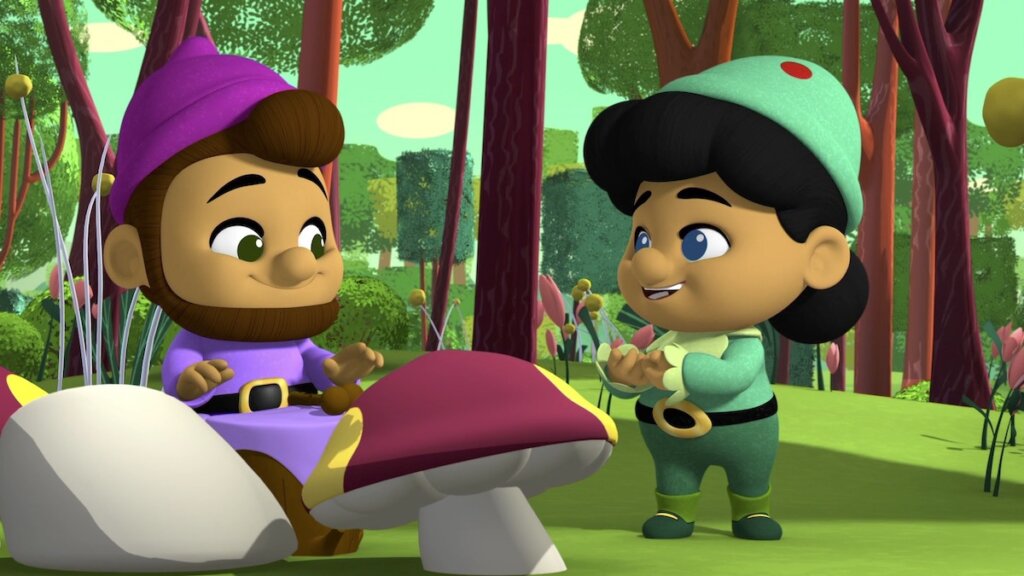 Fig and Olive in a scene from “Mickey Mouse Funhouse”

In addition to ensuring the accuracy of Fig’s portrayal, the Whetter brothers helped ensure that the character of Fig is not defined by his deafness.

“Our familiarity with the animation production workflow, and how animators work, was very useful in helping to ensure that the ASL dialogue performed in this show is optimized for both dramatic impact and production efficiency,” Whetter said.

The Whetter brothers have consulted on a number of animated children’s series, including DreamWorks Animation’s “Madagascar: A Little Wild” and Disney’s “Big City Greens.” They are intentional in choosing ASL signs that are appropriate for young singers with a developing ASL vocabulary.

“Without a doubt, there is a clear uptick of interest and enthusiasm for deaf/hard of hearing animated characters and ASL dialogue, and for other characters with other disabilities as well,” Whetter added.

Geared to kids ages 2-7 and their families, “Mickey Mouse Funhouse” features Funny, an enchanted talking playhouse voiced by Harvey Guillén (“What We Do in the Shadows”), who leads the Sensational Six on magical adventures. The series demonstrates imaginative play and imparts age-appropriate social and emotional lessons about friendship, creativity, and ingenuity.

Meet Fig, his sister Olive, and the rest of their gnome friends in “The Music of the Seasons,” a brand-new episode of Mickey Mouse Funhouse that premiered Friday, May 13th, at 8:30 a.m. ET on Disney Junior. This episode will be rebroadcast throughout the month of May on both Disney Junior and Disney Channel.

Previous: The Counting of My Seizures: A Carousel to the Promised Land

Next: No One Does This Alone