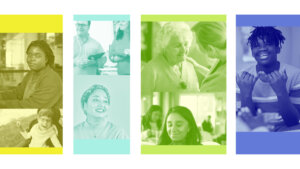 Los Angeles, CA, April 26 – On Thursday, April 21, 2022, the Century Foundation and the Ford Foundation hosted the virtual event “Economic Justice is Disability Justice.” The event launched the Disability Economic Justice Collaborative, a first-of-its-kind initiative that brings together more than 28 leading disability organizations with an array of influential researchers and policy experts to drive a disability economic justice agenda.

Speakers from The Century Foundation shared the data that more than 31 years after the Americans with Disabilities Act became law, people with disabilities in the United States still face poverty rates twice as high as non-disabled people. People with disabilities were paid just $0.74 for every dollar compared to nondisabled workers in 2020. This is the result of pervasive discrimination and the litany of structural barriers that continue to stand in the way of economic security and mobility for disabled people in this country.

Congresswoman Pressley said that “we have to make plain how systems are intersected and overlapped and marginalized, and how policy is not a dusty book on a shelf. It’s not static. Policy is the difference between who lives, and who dies, and who thrives.” She added that in order to ensure true economic equity for people with disabilities, policymakers have to start with those who have been sidelined and marginalized. She argued that we have to be inclusive and not dissect disability identity from any marginalized experiences or injustices.

Former Secretary Castro said that “people with disabilities come from every community and every ideology. Every walk of life and every state, red and blue. And every issue is a disability issue.” He added that “the biggest stumbling blocks are not only a culture that devalues the people that are living with disabilities, but that is also perfectly fine stigmatizing people with disabilities. All of us, as individuals and human beings and in our roles … have a responsibility to change the culture. With that culture change, we can make even bigger changes in policy and investment and resources.”

Read the new report from The Century Foundation at their website.

Wally Tablit (He/Him/His) is the Director of State Policy for RespectAbility.

Next: Building an Equitable Recovery: RespectAbility Advises Montana on Solutions for People with Disabilities