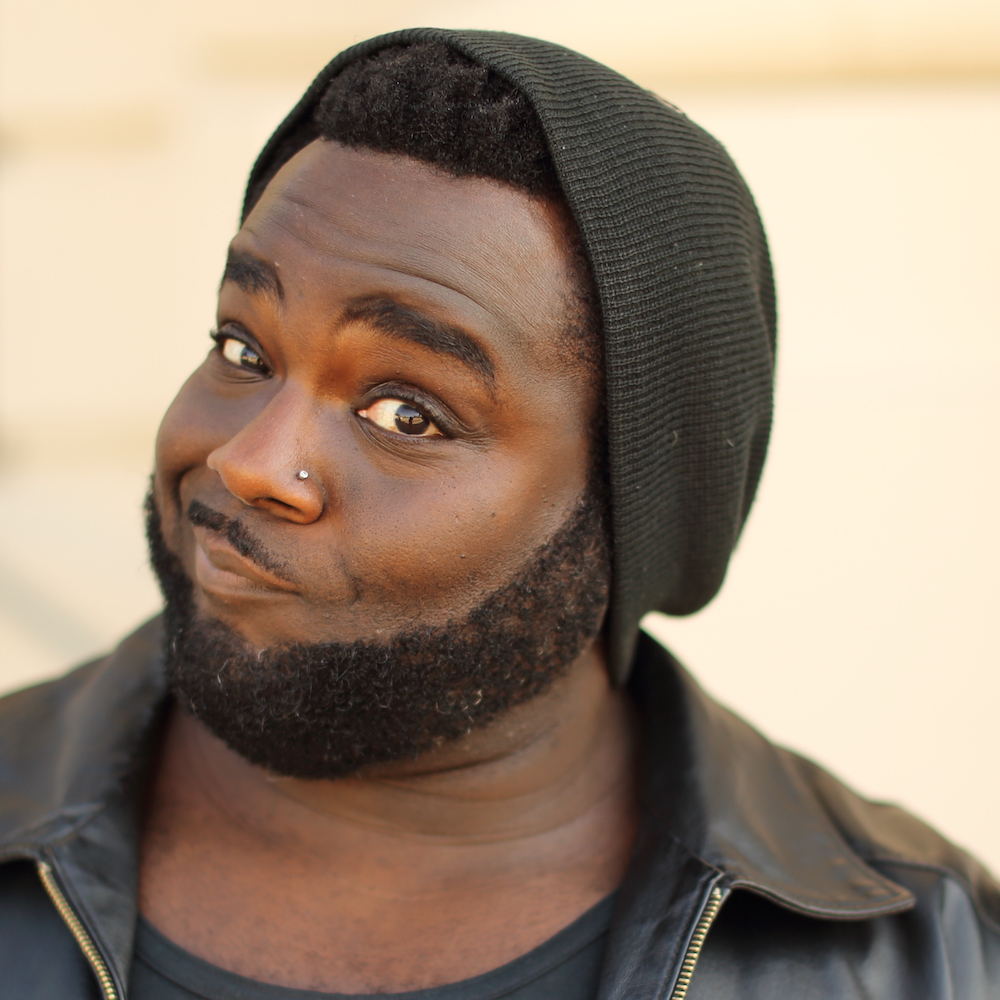 Los Angeles, CA, February 17 – Originally from Memphis, Tennessee and now training in Los Angeles at the esteemed comedy theater The Groundlings, Harold Foxx is certain that comedy has been in his blood since day one. Foxx remembers hosting stand-up routines on the school bus every day to a loyal base of fans.

“All of my classmates laughed so hard on the bus to the point where the driver moved all of us to the back because we were too loud…The driver laughed too, yet we also needed her to keep her eyes on the road.”

When his mother would go to work, Foxx would stay at his grandma’s house where he would be absorbed by legendary comedians on “Sanford and Son,” “The Jeffersons,” and “The Three Stooges.”

“Growing up watching those shows, I realized laughing is everything that will light up everybody’s day,” Foxx said, citing his early inspirations to be the likes of Richard Pryor, Sherman Hemsley, and Jamie Foxx. He constantly is learning from the best and continually is adding craft and tools from his Groundlings training into his stand-up routines. These comedic inspirations led to the genius behind Foxx’s web show, “The Harold Foxx Show,” which originally started out as short form skits on Vine where Foxx gained about 50,000 followers.

Foxx and his friends coined his stage name “Dat Deaf Entertainer,” a riff on Cedric the Entertainer, but it didn’t exactly reflect his comedy style: “We figured it out and I said what about Harold Foxx? That led to The Harold Foxx Show brand which features comedy skits on social media platforms. Like I said, Redd Foxx and Jamie Foxx are both my favorites of all time in comedy and acting.”

Foxx’s comedy and acting skills are always evolving and navigating the field as a Deaf comedian also involves multiple skills. To perform for a hearing audience, Foxx works closely with an interpreter. “In this industry, you want the hearing audience to feel your presence and your voice. That’s why I must have a Black male voice interpreter.”

Because of the small number of Black male voice interpreters, Foxx used to rely on others that didn’t always capture his voice. “Now I found a great Black male interpreter. It did take us some time to click together by trying different methods…to make it accessible to both hearing and Deaf audiences.” At his shows, deaf audiences normally laugh first, and it takes a few seconds for hearing audiences to catch up. Usually the reverse is common where Deaf audiences are asked to catch up.

“For comedy, it’s all about the timing, for me as a Deaf person, it’s definitely about being able to multitask because I have to say the joke, sign clearly, make eye contact with the interpreter, make sure to pause while everyone is laughing and to make sure the timing is good before I move on to the next joke. That’s why I write my materials and have the interpreter read everything so he can get the concept of what I am going to say at the right time.”

As a Black and Deaf artist, Foxx says that it isn’t always easy and that Hollywood can be the “toughest place to be,” but he is still working his way up. Despite multiple rejections, he states that it doesn’t stop him from finding all kinds of avenues while still creating his own work and putting himself out there. He can track some changes in inclusion but there is still definitely a long way to go in terms of accessibility and fighting stigmas.

“For some roles they are looking for a Deaf male and football player. That’s a perfect chance for me to try and by the time of the audition, they wanted some deaf actors that can speak…I mean not all Deaf people can speak or some prefer not to. I just wish that there were more casting opportunities for us as Black, Deaf and Disabled. We need to move faster on making it more accessible because it’s 2022.”

Foxx is an alumnus of the 2021 RespectAbility Lab for Disabled Entertainment Professionals, which aims to help develop and elevate the talent pipeline of professionals with disabilities working behind-the-scenes in television, film, and streaming, while introducing them to studio executives and other decision makers who will advise Lab Fellows on various aspects of the industry and their craft.

“We still have a long way to go and we are getting there so we do not stop creating our own work and we continue to fight and break barriers, which I am still doing now,” Foxx added. “I came from a long way working through certain barriers, being homeless, but I didn’t let that stop me from achieving my goals and continuing to work hard. If not for my hard work and passion, I wouldn’t be in an Off-Broadway production at the Deaf West Theater. I am proud that I did not give up and got to where I am now.”

People can find Foxx today online or onstage and hopefully, in the future, as a writer and producer as he furthers his acting, writing, and producing chops: “It would be nice if I could do Netflix specials, which is my next goal. Who knows?”