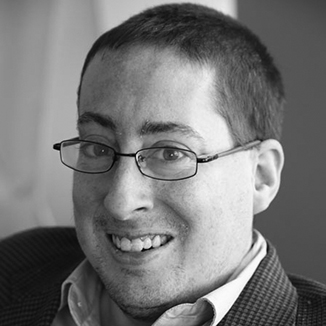 Justin W. Chappell, who devoted his life to human and disability rights, was a terrific public speaker and a wonderful friend to everyone who met him.

RespectAbility mourns the sudden loss of Justin W. Chappell, an alumnus of our National Leadership Program, who passed away in his sleep. Along with his husband Ben Spangenberg, our National Leadership Program Director, Chappell has been heavily involved in RespectAbility’s work for many years. Chappell, like Spangenberg, was a wheelchair user born with Spina bifida. He identified as “a gay man with a disability from a multi-racial family.” 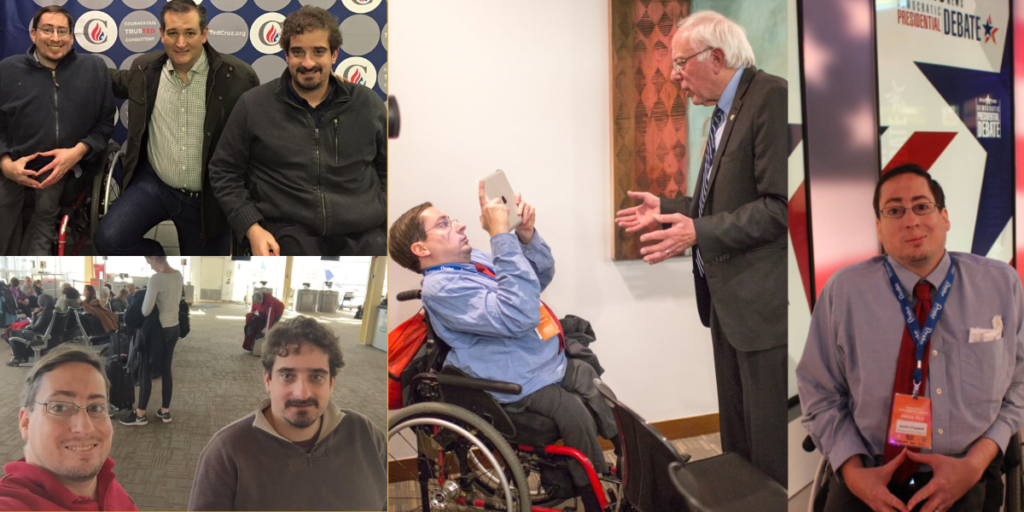 Ben Spangenberg and Justin Chappell on the Campaign Trail in 2016

Chappell and Spangenberg attended numerous national political conventions together and met pretty much every top U.S. elected leader in their efforts to advocate for disability rights. They traveled through Iowa and New Hampshire in both 2016 and 2020 to get candidates on the record on disability issues. Chappell wrote 19 pieces for us from the campaign trail that are available to read at The RespectAbility Report.

“Government needs to be educated on disability issues, and government works better when it engages people with disabilities in politics and policy,” Chappell said about lessons learned on the trail. 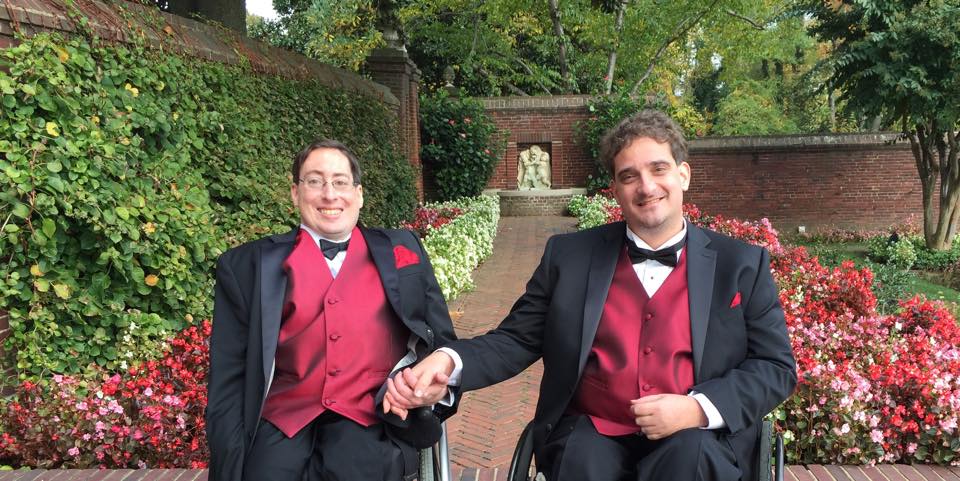 Ben Spangenberg and Justin Chappell at their wedding

Chappell was a firsthand witness to a lot of progress for LGBTQ+ rights. In an article from USA Today in 2015, Chappell and Spangenberg discussed how they got engaged in 2011 but wanted to wait until marriage equality was the law in all 50 states before getting married. They sat next to former Human Rights Campaign President Chad Griffin and celebrated as the landmark Obergefell v. Hodges decision was announced.

“There was an overwhelming emotion and acknowledgement that you are loved regardless of who you love and you are not in this struggle alone and that you should never stop fighting an injustice,” Chappell said.

Numerous challenges remain for the LGBTQ+ and disability communities, and Chappell believed that getting more involved in the political system is a way to address them. “We need more candidates who are LGBTQ+, have a disability and are an ally engaging our community in their campaigns and public policy,” Chappell said. Those weren’t empty words. He ran for a place on the Montgomery County Democratic Central Committee of Maryland in 2018.

In 2018, for RespectAbility’s first celebration of LGBTQ+ Pride month, we interviewed Chappell and asked him what advice he would give to people in the disability community and/or the LGBTQ community. He said:

“I want young people in the LGBTQ and disability community to know they are loved and appreciated for their unique dreams, talents, and skills. Young people with disabilities need to engage in the political process because, as disability rights leader Justin Dart said, ‘get into politics as if your life depends on it…because it does.’ The LGBTQ community and disability community have been most successful when we stand together out and proud of our identity, united against bigotry and hate directed toward any member of our community. We ought to be proud of our unique talents, skills, dreams and unafraid to share them with others.”

Chappell was immensely charming, completely devoted to human and disability rights, a terrific public speaker, and a wonderful friend. He is survived by his husband, Ben Spangenberg, his parents, Gerald and Jean Chappell, and his siblings, Danielle Chappell (Karl Adler), Greg Chappell (Michelle Chappell), and Courtney Chappell (Dan Hadley), as well as two nieces and three nephews. He is also survived by his cats, Dolly, Madison, and James.

Chappell was preceded in death by his grandmothers, Doris Rooker and Mozelle Chappell.

Memorial donations may be made to RespectAbility at www.respectability.org/donate/.

Online condolences can be made at www.donaldsonfuneralhomes.com.

Next: What’s Next After Lab? With Marc Muszynski, Writer, Comedian, and 2019 RespectAbility Summer Lab Alumnus