Selling Your Story with Tatiana Lee and Eileen Grubba

Los Angeles, July 13 – On the third week of RespectAbility’s Summer Lab for Entertainment Professionals with Disabilities, actors and disability advocates Tatiana Lee and Eileen Grubba teamed up to lead a conversation on how to pitch yourself to industry professionals.

Entering the entertainment industry is an incredible feat as a person without a disability. And those with disabilities encounter the extra challenge of fighting to be taken seriously after being historically excluded. However, Lee was inspired by the lack of representation and decided to embody the Black disabled women she did not see on TV when she was younger. Lee is a model, actress, writer and producer, as well as an Instagram influencer. She has starred in projects such as Jade, Footloose, and Together and Better.

“Leverage your story; it is an asset. It’s not something for someone to feel sorry about,” Lee explained to the Lab participants. Although some might see their disability as an obstacle to their success, Lee argues that your story is what is going to stand out in this cutthroat industry. “No one sees the world the way you see the world, leverage that.” Lee’s message left the Lab participants inspired to wield their own story to their advantage. 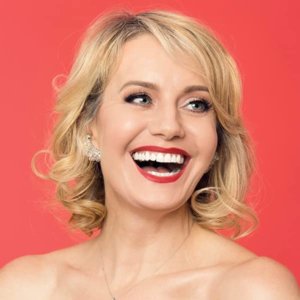 Grubba is a member of the Television Academy and a lifetime member of the world-renowned Actors Studio. She has been featured in productions such as Watchmen, New Amsterdam, Sons of Anarchy, Game of Silence and many more. Both Grubba and Lee worked 1:1 with each Lab participant to help them perfect their storytelling and quick elevator pitch describing themselves. Each of these advocates not only continue to find success in Hollywood by simply understanding how to complement their undeniable talent with the power of their unique personal narratives but actively think about how to assist the next generation in doing so as well.

Next: “Leaders of the Future” – Leading at the Next Level: Working in the Jewish World