Los Angeles, July 28 – RespectAbility’s 2021 Summer Lab recently discussed the development and content selection process with a panel of creative experts who are currently taking the film and TV industry by storm. This panel included Rishi Rajani, President of Film and Television at the Los Angeles based development and production company Hillman Grad Productions, as well as Naomi Funabashi, SVP of Film and Television at Hillman Grad. 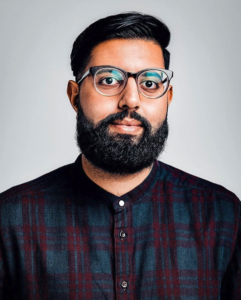 Helmed by industry powerhouse Lena Waithe, Hillman Grad Productions is shaking up Hollywood, the studio system and everything in between with their captivating stories and bodies of work. Hillman Grad is known for groundbreakingfilms like Queen & Slim, which won various awards including but not limited to The African American Film Critics Association Impact Award in 2019 and a BET Award in 2020 for Best Movie. Hillman Grad also is engaging audiences on the television screen, with shows like The Chi on Showtime, Boomerang on BET, Twenties also on BET, Them:Covenant on Amazon Prime, and You Ain’t Got These on Quibi.

RespectAbility’s Lab programmer Nasreen Alkhateeb discussed ways in which the industry has shifted. When she asked about the direction and progression of disability inclusion in the industry, Rajani stated, “We can’t allowHollywood to do one season of Special, or Atypical, and be like, ‘Okay, we’re good. We did it. We talked about disability.’” He went on to say, “I think Hollywood can do more.” 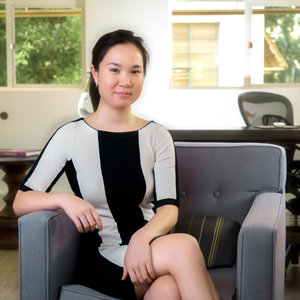 With regard to diversity and inclusion as a whole in the industry, Funabashi added, “I think being thoughtful aboutcreating systematic and infrastructure change and support [is important].”

When Nasreen asked about what they each specifically look for in potential projects and storylines, Rajani explained his ideology, “When I read a script, do I feel something? Is it a story that I haven’t seen before?” Both Rajani and Funabashiexplained that they seek to tell stories that represent historically excluded communities as a whole, and to help others tell their own unique stories.

RespectAbility’s third annual Lab for Entertainment Professionals with Disabilities brings authentic and diverseportrayals of people with disabilities to the screen by creating a pipeline of diverse professionals with disabilities behind the camera. Participants include people with physical, cognitive, sensory, mental health and other disabilities ranging in age from people in their 20’s through their 50’s. Lab alumni from 2019 and 2020 currently work for a variety of studio partners includingNickelodeon, Paramount Pictures and The Walt Disney Company, as well as in writers’ rooms for Netflix’s MechCadet, CW’s 4400 and Showtime’s Dexter, among others. Others have had films featured at festivals such as Tribeca Film Festival, SXSW and participated in additional career track programs including Sundance Institute, and Film Independent.