Changing the Face of Inclusion: Becoming Your Own Disability Advocate with Delbert Whetter 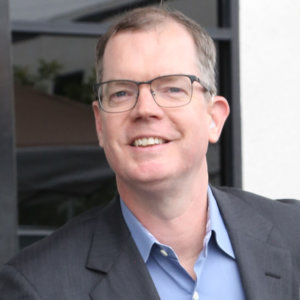 Los Angeles, July 1 – As the first week of the 2021 RespectAbility Lab for Entertainment Professionals came to an end, Delbert Whetter shared his experience navigating the entertainment industry as a deaf executive.

During his address to the Lab participants, Whetter emphasized the importance of unapologetically showing up as disabled creative. “I realized that my deafness and my perspective have value. And all of your lived experiences as a disabled person have such importance and you need to bring that to the table.” Whetter urged the participants to see their individual disabilities as potential in helping them become successful in this industry.

Whetter shared how choosing to keep his disability separate from his work not only hurt his career but also the disability community. “I didn’t want my colleagues to see me as a deaf person. I wanted them to see me as a film executive.” Whetter deeply understands the importance of disability representation in entertainment and knows that the only way to create change is by making ourselves visible.

Whetter’s biggest piece of advice for his audience was:

Whetter came from a multi-generational deaf family but attended mainstream school for most of his education. Whetter received a law degree from George Washington University Law School and an MBA from Pepperdine University’s Graziadio School of Business. Whetter plays a large role at RespectAbility as a board member while also holding the positions of the Head of Business Affairs and the Chief Operating Officer for Exodus Film Group.

Since joining the entertainment industry, Whetter has worked on various projects like MGM’s Igor (2008), Magnolia Picture’s Hero of Color City (2014), and Cinedigm’s Bunyan and Babe (2017). Whetter’s most recent projects are Pierre the Pigeon-Hawk and Flash Before the Bang where he will be taking on the role of producer.

Next: Being Inclusive of All with Inclusion Films’ Joey Travolta