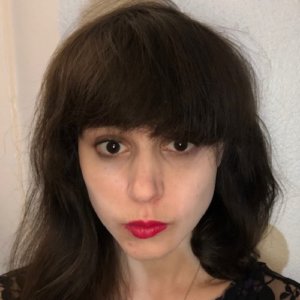 Mary Elizabeth Mellon was a Nonprofit Management Apprentice in RespectAbility’s National Leadership Program for Summer 2021. RespectAbility is a nonprofit organization fighting stigmas and advancing opportunities so that people with disabilities can fully participate in all aspects of community.

Mellon was previously an Apprentice with RespectAbility in 2015. Her main tasks include researching donor prospects, writing op-eds, and other print material. She has worked in fundraising in Washington, D.C., and New York City, interned at Mental Health America of Illinois, and volunteered at numerous nonprofits including Sarah’s Circle, an organization that serves homeless women in Chicago.

Mellon earned her Master’s of Fine Arts in Writing at Sarah Lawrence College in 2017. While in graduate school, she worked as graduate coordinator in the Young Offenders Program of Right-to-Right, which involved leading creative writing workshops at Westchester Correctional Facility. She also worked as a receptionist on campus and at Norwood News. For the past two years she has worked as a support specialist and supervisor on the National Sexual Assault Hotline for RAINN. Politically, she is very liberal and will always prioritize damage control over presuming to judge individuals. She believes in the legalization of sex work and recreational drugs, prison reform, police reform, mental health advocacy, and the separation of church and state.

Mellon has been published in Chicago After Dark, Breadcrumbs Magazine, Norwood News, and on Heroes Media Group. She is completing a novel and plans to start on a second novel as soon as her first book is out in the world.