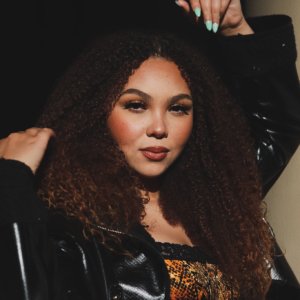 Alexandra Seddon was an Entertainment Media and Communications Apprentice in RespectAbility’s National Leadership Program for Summer 2021. RespectAbility is a nonprofit organization fighting stigmas and advancing opportunities so that people with disabilities can fully participate in all aspects of community.

Seddon received a Bachelor’s degree in Television Film and Media from California State University Los Angeles in the year 2020. She also attended and studied abroad at The University of Arts London, also known as UAL.

As a student filmmaker Seddon wrote, produced and directed two short films. While at university, she was also a paraeducator as well as the Membership Development Coordinator for her university’s Black Student Union. While being involved with Black Student Union, Seddon led meetings and focused on public service all while providing aid to the underserved and disadvantaged communities in Los Angeles County and beyond. She has also been involved with organizations like New Filmmakers Los Angeles (NFMLA), which is a nonprofit organization designed to showcase innovative works by emerging filmmakers from around the world.

Seddon’s passion for public service and creative expression has helped her discover her higher purpose. She was thrilled to work with the talented team at RespectAbility and hopes to continue advocating for and learning about disability rights. She also hopes to continue to diversify the entertainment film and media industry as well as continue to represent and advocate for the underrepresented and marginalized.