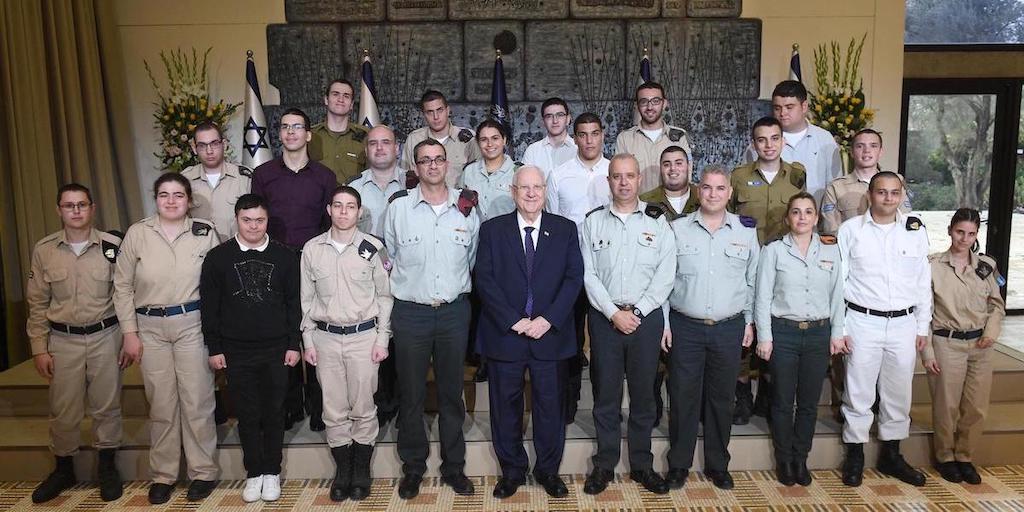 Kick-starting the month of February and the recognition of Jewish Disability Awareness, Acceptance, and Inclusion Month (JDAAIM), President Reuven “Ruvi” Rivlin of Israel met with a group of young men and women from the Israel Defense Forces’ (IDF) volunteer corps. The honored guests met with the president for demonstrating their unwavering willpower and determination to proudly serve their country despite their disabilities.

Among the 20 soldiers present at the reception was Liron Natan of Jerusalem, who serves at the Palmachim Air Force Base as part of Special in Uniform, the IDF’s world-acclaimed inclusion program. During the meeting, President Rivlin invited Liron to share her heartwarming story.

With the microphone in hand, Liron shyly recounted that until age seven, she was a completely healthy kid, but then awoke one morning unable to move her left toes. Following a lengthy series of tests and hospitalization, Liron was diagnosed with a cerebral virus, which required a complex surgical brain procedure. When she woke up from the surgery, she was partially paralyzed and needed to use a wheelchair. Yet, tenacious and resolved to walk again, Liron worked to reach her goal. “I have a very strong willpower and I don’t admit defeat,” said Liron with great emotion.

Two years ago, Liron joined Special in Uniform, a Jewish National Fund-USA (JNF-USA) affiliate which incorporates 500 young soldiers with physical and cognitive disabilities into 35 army bases across Israel. “Every morning, I wake up proud to wear my uniform, and I go to the base and fulfill all the tasks my commander assigns me. I do it with a deep sense of pride,” said Liron.

A revolutionary project working hand-in-hand with the IDF and JNF-USA, Special in Uniform integrates youth with disabilities into the IDF, imbuing them with pride in themselves and their abilities, and enabling them to function and live independently, and contribute positively to society.

Liron’s mother, Ilamit, shared: “Special in Uniform is a phenomenal project that enables Liron and our family to cope, strengthen ourselves, and prepare for a better future. I am so proud of my daughter, so proud of the road she traversed, and I hope that other parents who are anxious about letting their child go, like I was, will acknowledge that this project is a must for any young adult with special needs.”

In honor of Jewish Disability Awareness, Acceptance, and Inclusion Month (JDAAIM), Jewish National Fund-USA announced a $1 million matching fundraising campaign throughout the month of February to benefit individuals with disabilities and special needs in Israel through programs like Special in Uniform.

For Liron and her 500 peers in Special in Uniform, this month is an expression of public commitment to a society that embraces individuals with disabilities and teaches others to view them positively and with an appreciation of their talents, abilities, and aspirations. 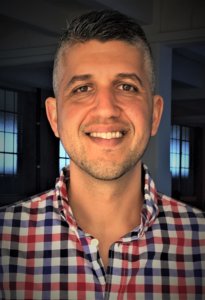 Previous: Webinar: Disability Inclusion at Nonprofits: A Guide to Success

Next: Ten-Fold Decrease in Job Gains for People with Disabilities