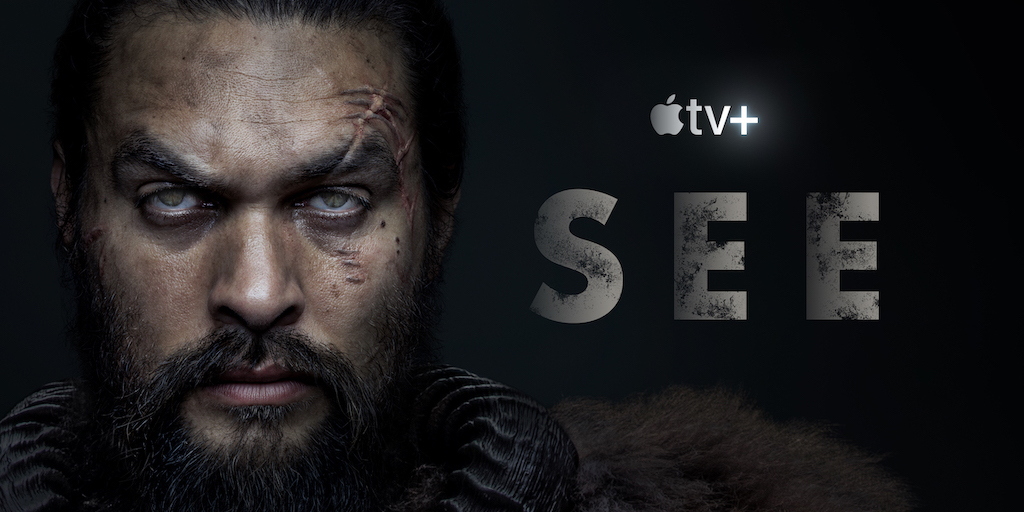 Los Angeles, Dec. 19 – As 2019 comes to an end, every major entertainment and tech company is launching a streaming service. Not to be left out, Apple recently launched its new original content service, Apple TV+. The service is notable from a disability perspective for both the content and the full user experience.

All content is subtitled and dubbed in nearly 40 languages, “including subtitles for Deaf and Hard of Hearing, or closed captions.” The real game-changer for Apple TV+ is that all series, movies and trailers are available with audio descriptions in eight languages, ensuring accessibility for blind viewers.

“We build accessibility into everything at Apple, and Apple TV+ is no different,” said Sara Herrlinger, Director, Global Accessibility Policy & Initiatives at Apple Inc, in an exclusive interview with RespectAbility. “Whether it’s extensive audio descriptions and captioning, or providing accessibility features for exploring our service in different ways, we want to connect with every user and enable them to experience these incredible stories.”

Apple TV+’s commitment to audio description, which allows people who are blind or low vision to consume the content on the screen, is being applauded by accessibility experts.

“As a long time audio description narrator, funder, advocate and public speaker of media accessibility, I am immensely grateful to Apple for setting an extraordinary standard of accessibility excellence,” said Michele Spitz, founder of Woman of Her Word. “Audiences at large will now have even more media entertainment content made available to them which ultimately evens out the playing field of the audience share. Congratulations!”

SEE Humanizes People Who Are Blind

One of the shows that premiered on the Apple TV+ platform is SEE. Starring Jason Mamoa and Alfre Woodard, the show takes place in a post-apocalyptic world in the distant future. The human race has lost the sense of sight, and society is left to find new ways to interact, build, hunt and survive. Meanwhile, the wife of blind warrior Baba Voss (Jason Mamoa) gives birth to a set of twins, and to everyone’s amazement, the twins can see, leading to great conflict.

While the leads Mamoa and Woodard themselves are not blind, the show does feature additional actors who are blind and/or have low vision actors, including Bree Klauser and Marilee Talkington. 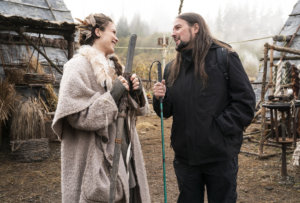 In an effort to ensure that the portrayal was as accurate as possible, the production hired consultants who are blind and/or have low vision, including Associate Producer and Blindness Consultant Joe Strechay, who worked with Mamoa and the project every step of the way.

It is important to examine how SEE portrays blindness, which has received praise for not falling into any negative tropes concerning the portrayal.

“SEE isn’t about portraying blindness as good or evil, and inferior, or superior. It’s about humanizing the people who experience the world beyond sight, because, to be honest, the media we’ve seen has done a poor job at normalizing disability,” said legally blind filmmaker James Rath, who was involved in the production. “SEE doesn’t just tell one side of the story but rather takes time to reflect on the opposing ideals of disability’s role in the world. I’m glad Apple is using their platform to tell stories that hopefully set a new standard and continue to push authenticity in media.”

Rath also created a behind-the-scenes video about his involvement in the project via his Youtube Channel.

The show’s creators also have expressed their desire to cast more blind actors, as well as actors with additional disabilities, in the future.

It is essential that Apple has intentionally made an effort to include people with disabilities in the production process because authenticity makes for better storytelling. Apple also has announced that they are partnering with Oprah Winfrey to bring several documentaries to Apple TV+, including one that will focus on mental health issues – a topic not often discussed in the media, and often with inaccurate portrayals. The representation in these shows has the potential to make a real difference.

“Inclusion of characters – and actors – with disabilities – must be an intentional effort; it will not happen by accident,” said Lauren Appelbaum, who leads RespectAbility’s Hollywood Inclusion efforts as the organization’s Vice President of Communications and author of The Hollywood Disability Inclusion Toolkit. “What we see on screen influences how we act in real life. Apple TV+ has an opportunity to help remove the stigmas that currently exist around interacting with individuals who have disabilities. Prioritizing both disabled actors and accurate portrayals on screen go a long way in helping to remove these stigmas.”

By not only focusing on authentic portrayals but also on accessibility – from subtitles and captions for people who are Deaf and/or Hard of Hearing to audio descriptions in eight languages for blind viewers, Apple TV+’s originals may have a wide-reaching impact.

Previous: Finding Connection in The Parts You Lose: Framing Deafness in Visual Detail

Next: A New Substance to Your Shabbats