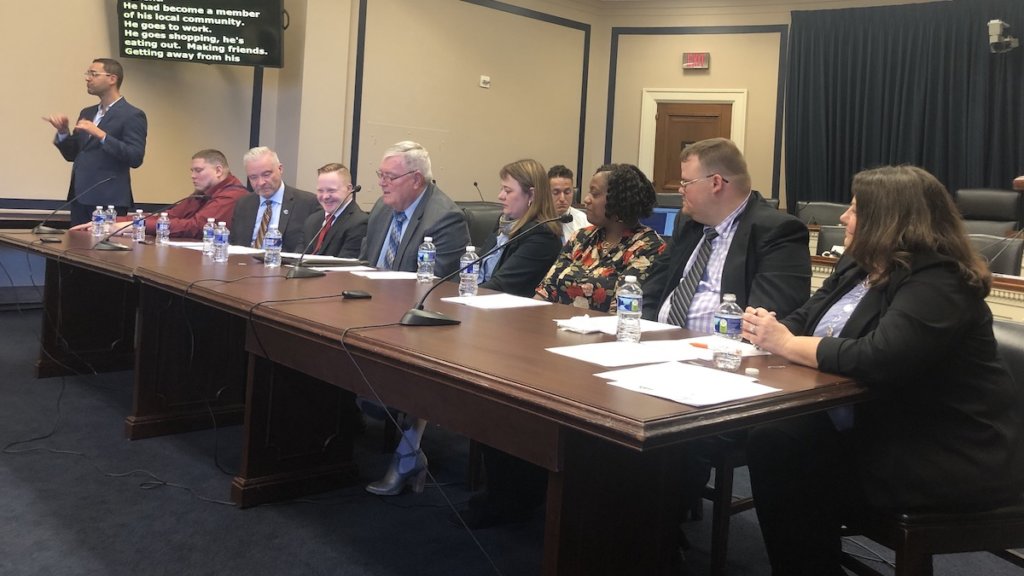 Washington, D.C., Nov. 6 – The Collaboration to Promote Self-Determination (CPSD) and the National Council on Disability celebrated National Disability Employment Awareness Month (NDEAM) with their third congressional briefing last week. There was standing room only as the audience learned about competitive integrated employment (CIE), community jobs where people with disabilities work alongside co-workers without disabilities and are paid competitive wages (minimum wage or above). Evidence from the briefing indicates that CIE provides greater financial independence for people with disabilities.

People with disabilities from Virginia, Iowa, Oregon and Maryland described making subminimum wage for many years in sheltered workshops during the event. Progress is being made, however. Oregon, for example, passed legislation to eliminate subminimum wage in 2023.

In 2011, self-advocate Joshua Laird aged out of foster care. Laird admits he had behavioral issues stemming from a lack of resources. Poverty caused him to act out in anger. This all changed when Laird landed a job washing the parking lot of a local marina and was asked back for subsequent seasons, thus boosting Laird’s confidence and income. To this day, every April to September, Laird continues working the marina.

This NDEAM has been marked by the transitions people with disabilities are successfully making into competitive integrated employment. CIE provides greater financial independence that often leads to having a place of their own.

Courtney Murray hopes to combine her broadcast journalism education with her professional experience in the disability field, including a previous internship with AAPD, to further her knowledge of communications in nonprofits.

Next: Number of Characters with Disabilities on TV Reaches 10-Year Record High