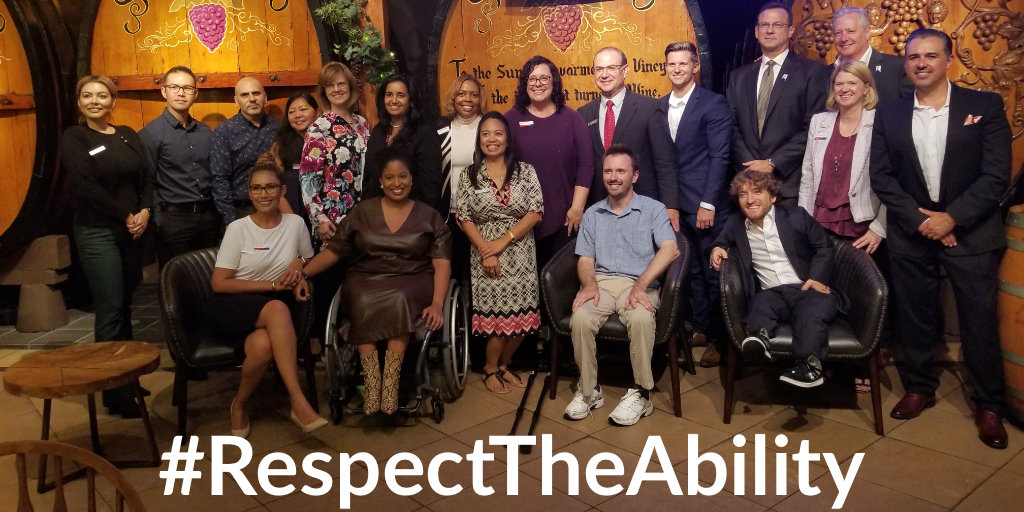 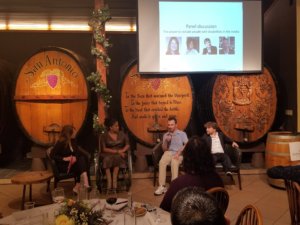 This annual event is just one of several ways Bank of America acknowledges the contributions of people with disabilities. In 2017, the bank conducted a self-identification campaign for their employees, which resulted in the number of employees who disclosed having a disability doubling. Building a culture where employees feel comfortable disclosing – even in an anonymous manner – is an important step leading to full inclusion for potential hires, employees, customers and the communities the bank serves.

“In addition to recruiting, promoting employees with disabilities is important to our business success,” said Holly O’Neill, Chief Client Care Executive, and DAN Executive Sponsor at Bank of America. “Having a diverse and inclusive environment makes us stronger, not only internally, but also with the clients and the communities we serve.”

Only in recent years have many companies started to integrate disability into their diversity practices. While Bank of America recognizes it still has steps to take, the company is being very intentional in the steps it is taking – as well as the importance of involving people with disabilities in the decision-making process.

For Bank of America, inclusion in the workplace begins with actively recruiting a diverse workforce. As a bedrock to this, Bank of America executives recognize that there is no diversity without including disability in the conversation – ensuring that people with disabilities are employed throughout the entire organization.

Bank of America has ensured that their internal communications and training materials are accessible to employees with disabilities. They provide braille, large print or electronic media versions of documents, and their intranet sites work with screen readers. Additionally, the majority of internal videos are captioned – with an effort to ensure that number continues to rise until it reaches 100 percent.

Bank of American Employs More Than 300 People with Intellectual Disabilities

Recognizing that there are 6.5 million people living with intellectual disabilities in the U.S., Bank of America created the Support Services team. This unit, which offers competitive pay and benefits for its employees, has been employing teammates with intellectual disabilities since 1990. Currently, Support Services employ more than 300 employees with intellectual and/or developmental disabilities who work in a variety of businesses within the bank – from fulfillment (such as manual package assembly and data entry) to graphic arts and printing (such as creating posters, banners, signs and custom displays, as well as digital printing services), and inventory management (such as warehouse storage and distribution services). 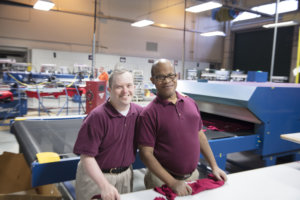 When Bank of America needed to refresh their ATMs in 2007, the ATM delivery team partnered with Support Services to ensure quality control. In 2015, the Support Services team went from assisting with the project to running the new ATM refresh project, showing the added value of involving employees with disabilities.

“At Bank of America, I am not looked down on,” said Tommy Fields, an employee with Support Services. “I am happy to come to work, and I love all the people I come in contact with; they are all my friends, even the managers.”

Support Services Employee Latricia Saucier added: “It shows that there are really no limitations. We can all do things that people never through we could.”

Companies that embrace employees with disabilities often see the results in their bottom line. According to Accenture, disability-inclusive companies have higher productivity levels and lower staff turnover rates, are twice as likely to outperform their peers in shareholder returns and create larger returns on investment. Additionally, 62 percent of people with intellectual disabilities who work in a competitive setting have been there three years or more, yet the majority of adults with intellectual disabilities are unemployed or underemployed.

“We’re just like any other business,” added Support Services senior executive Mark Feinour. “We just happen to have a different talent pool that we draw from.”

Units outside of Support Services also employ people with disabilities. For example, Thomas Muench, who is on the Autism spectrum, has been with Bank of America since 2002. With proper support and accommodations, he has worked his way up to a position as a senior retail loan processor.

Ensuring Accessibility and Inclusion for Customers with Disabilities

Bank of America trains their employees on policies and procedures for accommodating customers with disabilities. They promote accessible banking through a variety of tools and services, including accessible facilities and auxiliary aids and services available at no charge to customers. Additionally, their Talking ATMs can guide customers through transactions with private spoken instructions through a headset that plugs into an audio jack. In addition, some Merrill Lynch financial advisors are certified in Special Needs Planning. They work with families who include individuals with disabilities to provide integrated solutions for the entire household.

Bank of America Recipient of Numerous Awards for Disability Inclusion

RespectAbility, a nonprofit fighting stigma and advancing opportunities for people with disabilities, highlights companies like Bank of America that work toward leveling the field for all employees, including those with disabilities. Bank of America’s commitment to inclusion was recognized as part of RespectAbility’s 2019 #RespectTheAbility campaign. 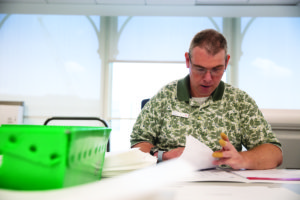 For the past three years (2017, 2018, 2019), Bank of America has been named one of the “Best Places to Work for Disability Inclusion” by Disability:IN and the American Association of People with Disabilities for scoring 100 percent on the Disability Equality Index. A 100 percent score on the Index indicates that the company is making positive efforts toward full inclusion of employees with disabilities at all levels of the company. One way the bank is doing so is by partnering with Disability:IN’s Rising Leaders Mentoring Program, a six month career mentoring opportunity to selected college students with disabilities.

In addition, Bank of America was named the 2015 Employer of the Year by the Marriott Foundation for People with Disabilities – Bridges from School to Work and received the inaugural Corporate Community Impact Award at ESPN’s Sports Humanitarian of the Year Awards in 2015 for their more than 30-year partnership with Special Olympics.

Next: Webinar: Creating a Culture of Inclusion for Talented Employees with Disabilities