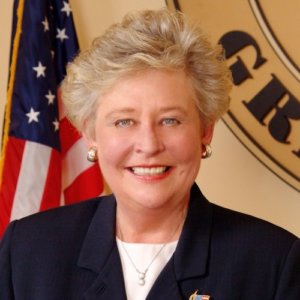 “Alabamians with disabilities continue to make significant contributions to the economy of this state,” said Ivey in the proclamation. She also noted that people with disabilities “have performed successfully at every level of business and government, demonstrating their ability to play an integral role in our society.”

“The support and cooperation of all people are needed to reduce the attitudinal and physical barriers that hinder full acceptance of people with disabilities and their rightful place in employment,” Ivey added.

This proclamation follows a challenging economic year that saw 5,531 Alabamians with disabilities lose their jobs this past year. 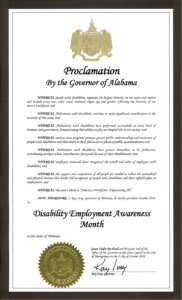 In Alabama, there are 421,135 working-age people living with disabilities. That includes people who are blind or deaf or have other visible conditions such as spinal cord injuries, as well as people with invisible disabilities including learning disabilities, mental health or Autism.

Of that number, 115,799 have jobs. According to RespectAbility, a nonpartisan nonprofit organization that works to fight stigmas and advance opportunities for people with disabilities, Alabama ranks 49th compared to the rest of the country. With only 27.5 percent of its people with disabilities employed, NDEAM offers a new opportunity for Alabama.

“People with disabilities bring unique characteristics and talents to Alabama’s economy,” adds Jennifer Laszlo Mizrahi, President of RespectAbility. “They can work in hospitals and hotels, or apply their talents to develop computer software and website design. There are no limits to what they can do.”

Next: Gov. Rick Snyder Affirms Michigan’s Commitment to Jobs for People with Disabilities