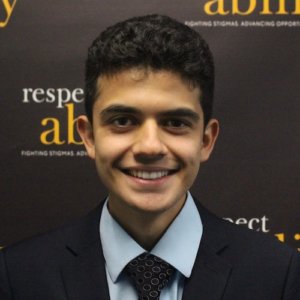 Bryan Munguia was a Communications Apprentice in the National Leadership Program at RespectAbility.

As of 2018, Munguia was a second-year college student pursuing a Bachelor’s degree in Integrated Marketing Communication at Pepperdine University. Being a son of Mexican immigrants and a first-generation college student, he has become deeply invested in the variety of issues that minorities face in our society. As a child growing up in Simi Valley, California, which is only a highly congested freeway ride to the hub of Los Angeles, he became passionate about professional acting and went through cycles of extensive acting workshops and talent agencies. Like many other LA rookie actors, the industry was simply not opening the door for him when it came to work.

Munguia’s passion for the entertainment industry then shifted to behind the camera in the business sector, and he soon started interning for a local talent agency that represented a variety of professional talent. This was the first internship that provided a hands-on experience in the casting process of television and film projects. He soon realized that the industry was not as glamorous as he thought because he had a closer look at the alarming lack of diversity that exists in the entertainment industry.

Leaving that internship, Munguia knew from that day forth that he would invest his own energy and time into changing Hollywood and bringing in the necessary diversity that can break many negative stereotypes in society. Being a Communications and Diversity in Film & Television Apprentice at RespectAbility, he hoped to achieve Hollywood diversity by effectively communicating with entertainment leaders and creating an inclusive working environment for talented minorities with disabilities.

Munguia wrote two pieces during the 2018 Spring Apprenticeship. Check them out on our website:

A son of Mexican immigrants and a first-generation college student, Bryan Munguia learned first-hand about the alarming lack of diversity that exists in the entertainment industry and wants to increase diversity to break negative stereotypes in society.