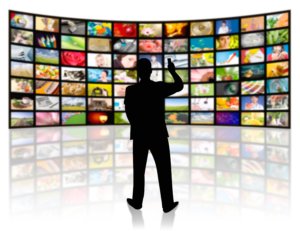 Los Angeles, Calif., Sept. 25 – As diversity takes on a more important focus in Hollywood, disability is gaining prominence as four shows, two new, premiere this week: Young Sheldon (Season One) on CBS and The Good Doctor (Season One) on ABC tonight, This Is Us (Season Two) on NBC on Tuesday and Speechless (Season Two) on ABC on Wednesday evening.

Every season, networks premiere new shows in hopes of increasing their viewership. In recent years, the fight for ratings has included the need for expanding diversity – with shows like Black-ish receiving eight Emmy nominations in the past two years, including for Outstanding Comedy Series both years.

Yet while there has been an increased focus on diversity when it comes to race, gender and sexual identity, the same has not been true for disability. Shows like Young Sheldon and The Good Doctor show the trend may be changing.

Just last week at the 69th Emmy Awards, Chairman of the Television Academy Hayma Washington spoke about the importance of diversity, including disability in his conversation.

“We are all part of something very special that truly matters,” Washington said. “Most of all, it matters because it shows the world two core values defining our industry today: the quality and inclusiveness of our work. Inclusion is defining television more and more. When it comes to issues of creed, color or disability, of sexual orientation or gender identity, the Television Academy embraces you and the stories you choose to create. The face of creativity is changing.” 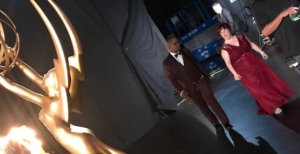 Born This Way‘s John Tucker and Rachel Osterbach back stage after they presented awards in three categories at the Emmy’s Creative Arts Awards.

He then shared a clip that focused on the Academy’s diversity and inclusion efforts. While there was a focus on transgender, racial and gender equality, the clip opened with video showing actors with disabilities: Speechless’ Micah Fowler and Born This Way’s John Tucker, Rocco Keller, Rachel Osterbach, Cristina Sanz and Elena Ashmore.

“The inclusion of John, Cristina and Elena is so important because even though people of all races, genders and sexual orientation have disabilities, the media tends to only show white characters,” Born This Way Producer Jonathan Murray said. “Just like Rocco and Rachel, John, Cristina and Elena have Down syndrome, but they also are the first individuals from the African American, Hispanic and Asian community with a disability to earn an Emmy.”

“But there is still a lack of accurate disability representation in scripted television,” RespectAbility President Jennifer Laszlo Mizrahi added. “Speechless’ Micah Fowler is important because so few characters with disabilities are actually played by actors with disabilities and Micah actually has cerebral palsy. We are delighted to see additional shows with a focus on positive portrayals of disability this season.”

With the season premiere of four shows, two new, touching on disability this week, and more in the next month, the face of disability on television is changing as well. 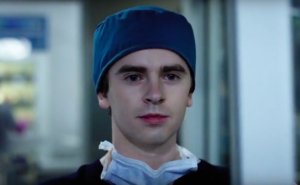 As the Los Angeles Times points out, “Monday brings to broadcast television two series about socially awkward, misfit young geniuses — characters ‘on the spectrum,’ in the now much-used phrase, though only one is identified outright as such.”

In The Good Doctor, Freddie Highmore stars as Shaun Murphy, a surgical resident with autism and savant syndrome. Highmore does not have autism himself. In the show, Murphy’s social deficits are highlighted, leading to bullying.

There are successful surgeons with autism and other disabilities in the real world and ABC has highlighted this in a 20/20 presentation, including Dr. Tyler Sexton, a pediatrician with cerebral palsy. ABC will use the short segment on Sexton, and profiles on other doctors with disabilities, as companion pieces to the new show.

This autism-focused show follows the August release of Atypical, a half-hour show on Netflix presented from the perspective of a teen with autism seeking independence. This show had mixed reviews from the autism community.

The Good Doctor was developed by David Shore (House) and actor Daniel Dae Kim (Lost, Hawaii 5-0) from a South Korean series of the same name. The series premieres tonight at 10:00 p.m. ET on ABC. 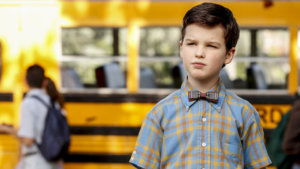 Young Sheldon is a spin-off prequel to The Big Bang Theory, following the life of nine-year-old Sheldon Cooper before becoming the theoretical physicist he is as an adult. Jim Parsons won an Emmy for his portrayal of adult Sheldon, who is never diagnosed on either show but fits the profile of a twice-exceptional character.

In this new show, a child prodigy with a genius level IQ, young Sheldon is about to enter high school. Alienated from his community, he has multiple social limitations without the support needed in 1989 East Texas.

This Is Us, NBC 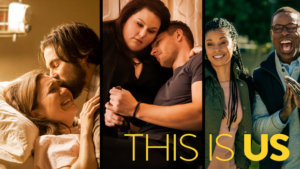 This Is Us is returning for a second season after finishing season one on a cliffhanger, forcing audience members to ponder the future of one of the show’s most central couples, Jack, played by Milo Ventimiglia, and Rebecca, played by Mandy Moore, the parents of the “Big Three.”

Not only did creator and show runner Dan Fogelman bring the suspense and drama last season; he also shed light on important issues that often go unspoken in today’s society: obesity and mental health. One of the adult triplets portrayed on the show, Chrissy Metz, struggles with her weight both on and off of the camera. In the first season, as the character Kate, she vows to lose weight in order to better her health. In the show, Metz falls in and out of love and addresses family drama all with the underlying story of her weight loss journey through a lens of body positivity.

Sterling K. Brown, who just won an Emmy for his portrayal of Randall, another one of the adult triplets, is making his way through fatherhood, his job and life with anxiety. According to The Anxiety and Depression Association of America, 40 million adults in the United States have an anxiety disorder. Brown’s character has a panic attack toward the end of the first season and, in that moment, is representing almost 20 percent of the population.

These portrayals in This Is Us help to break down stigmas about health, both physical and mental. Its storylines are ones that viewers can resonate with because they portray viewers’ lives every single day. 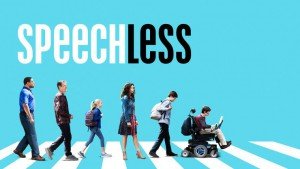 In the second season of Speechless, Micah Fowler plays J.J., a high school student with cerebral palsy. The show revolves around his everyday life as well as his family and friends.

More than 95 percent of characters with disabilities on television are played by actors without disabilities. Fowler bucks that trend and is one of the rare actors in Hollywood who has a disability.

Check out these additional returning shows of interest:

The third season of Crazy Ex-Girlfriend starts off with the main character Rebecca Bunch reacting to being left at the alter by her new fiancé and old camp boyfriend, Josh Chan.

Writer, producer and actress Rachel Bloom says of her character, “She is going into this season saying, ‘I am a sexy, strong woman scorned.'”

The show follows the life of Bunch, a successful lawyer who has both anxiety and depression. After an anxiety attack and a run-in with Chan, Bunch follows him to West Covina, Calif. As the show progresses, viewers learn more about how the main character tries to manage a healthy professional and personal life in her new home.

Bloom has anxiety herself. She’s written an essay in Glamour about her anxiety and recently participated in the Child Mind Institute’s My Younger Self campaign, giving advice to her younger self about living with anxiety and depression. In the show, her character will get an official diagnosis this season.

Coming into its eighth season, Shameless follows a large, dysfunctional family in the south side of Chicago. The second-oldest brother in the family, Ian, has bipolar disorder. At the end of the last season, his mother Monica dies, which leads to a storyline about how Ian deals with it in the upcoming season.

“Ian is struggling,” Executive Producer John Wells said. “He’s sort of surprised by it, but she was sort of his touchstone, and they were very close at times.”

Ian’s father is an alcoholic and the entire family, including Ian’s five siblings, constantly are getting into trouble with the law while struggling with paying utility bills and rent on their house.

Season Eight of Shameless premieres on Showtime on Sunday, Nov. 5 at 9:00 p.m. ET.

Did we miss a show we should be following?

Email [email protected] so we can include them on our list!

Tagged as: Crazy Ex-Girlfriend, Shameless, Speechless, The Good Doctor, This Is Us, Young Sheldon

Previous: Telling a Compelling Story of Something You Overcame

Next: Voters with Disabilities Matter – This Year and Every Year