Campaign 2016 and People with Disabilities: Enabling Access and Opportunities for All

America has 56 million people with disabilities. Polls show that the majority of voters either have a disability or a loved one with a disability. Voters with disabilities and their families are up for grabs — and the actions that campaigns take to reach out to these voters can make the difference between winning and losing. Yet far too many campaigns are not reaching this demographic — one-in-five Americans — in a meaningful way.

A summit convened by the nonprofit nonpartisan organization RespectAbility showcased how campaigns, candidates and elected officials can not only reach out to but fully include voters with disabilities. It’s time for candidates to view people with disabilities — the largest minority group in America — as an important voting group like African Americans, soccer moms and the LGBTQ community.

Looking for the resources shared at the conference? View everything on our post: “#PwDsVote Summit Live on C-SPAN 2, Follow Along From Home.” 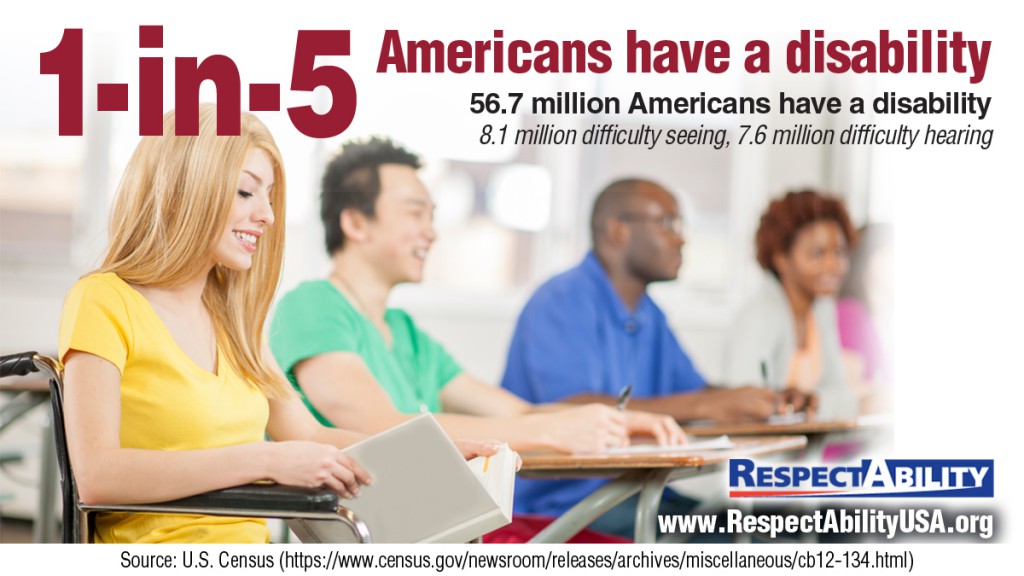 Sessions focused on important topics from disability messaging the 2016 national election to ensuring events and campaign materials are accessible to all. Gov. Jack Markell (D-DE) and Dave Hoppe, who serves as Chief of Staff to Speaker Paul Ryan, received awards for their work in ensuring people with disabilities have every opportunity to succeed. In addition, Rodney Hood of JP Morgan Chase spoke about the successes of the new Conference Accessibility Initiative and how you can utilize these best practices in your work.

Thank You to Our Sponsors

How can I request accommodations?
ADA seating, live captioning and ASL interpreters will be provided. Please let us known in advance if you need other accommodations.

Can I participate virtually?
Yes! C-SPAN 2 will be airing the entire summit live. Join us on TV or via Internet. In addition, we will be live tweeting @Respect_Ability and invite you to join us there!

Where can I contact the organizer with any other questions?
Lauren Appelbaum: 202-591-0703, [email protected]

9:00 AM – 10:00 AM: Voters with Disabilities and the Issues that Matter: From Employment and Empowerment to Criminal Justice and Beyond – Who are Americans with disabilities, and what do we want?

11:10 AM – 12:15 PM: PANEL – Campaign 2016 and Beyond: Insights on the Media, Campaigns, Public Policy, the Supreme Court and People with Disabilities

3:00 PM – 4:00 PM: PANEL – Empowering Americans with Disabilities to Participate in Political Process at the Grassroots Level

Previous: #PwDsVote Summit Live on C-SPAN 2, Follow Along From Home

Next: Born This Way #BTWChat: August 9