RespectAbility Staff Sep 22, 2022 Bio – Board, Board of Advisors 0 comments

Faye Tate, Board of Advisors 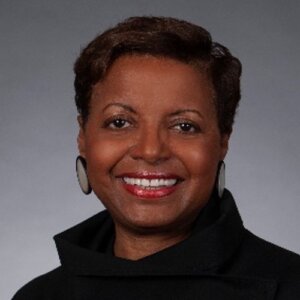 Faye Tate is the Vice President for Diversity and inclusion at CoBank. CoBank is a member of the Farm Credit System, a nationwide network of banks and retail lending associations chartered to support the borrowing needs of U. S. agriculture, rural infrastructure and rural communities.

Ms. Tate has received many honors for her work to include being named one of the 25 Most Powerful Women in Denver by the Colorado Women’s Chamber and a Woman of Distinction by the Girls Scouts of America (Colorado). She is a graduate of Leadership Denver and is chair of the Board of Trustees for The Women’s Foundation of Colorado. She is also a member of the International Women’s Forum (Colorado).

Ms. Tate is originally from Petersburg, Virginia and received a B. A. in English from James Madison University and a Juris Doctor Degree from The Antioch School of Law.  She is the proud mother of one fabulous daughter, Elleana.

Next: Growing Up’s Emily Flores Shows Importance of Gaining Power by Telling Our Own Stories