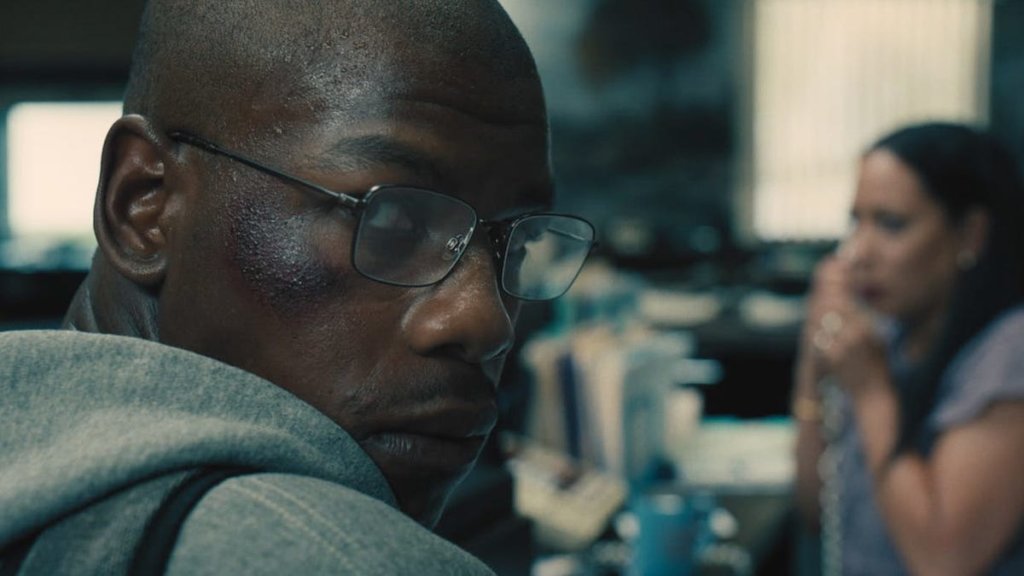 Los Angeles, CA, January 28 – “892” is a film that stands out with beautiful cinematography, strong characters, and a powerful message. Recently making its debut at the 2022 Sundance Film Festival, the film tells the true story of Marine veteran and father, Brian Brown-Easley, and his experiences with PTSD, schizophrenia, and paranoia while living in a $25 daily-rate motel in Atlanta, GA, and a system that failed him.

“I have to tell my story.” These words said by Brown-Easley couldn’t be more true, and he will get his wish with “892,” which highlights the valuable lessons the audience will learn after watching it.

Leading actor John Boyega gives a masterclass performance as Brian Brown-Easley, taking us through the various stages of his moods: paranoia, shyness, rage, and so much more. One of the sad moments for me was realizing this was actor Michael K. Williams’ last role, who tragically passed away in September 2021. In the film, Michael K. Williams played Eli Bernard, a Marine veteran, who now leads a law enforcement team that is called to the Wells Fargo Bank that Brown-Easley is holding hostage to gain media attention to share his story. Eli was one of the few people in this film that showed an understanding with Brown-Easley that not many others can relate to.

In one of the film’s most memorable moments, Brown-Easley repeats “I am holding on,” in desperate rage when asked to remain calm and to hang in there. Boyega does a great job in showing the audience the level of pressure that Brown-Easley is under.

The Department of Veteran Affairs mistakenly withholds Brown-Easley’s monthly deposit of $892 and refuses to correct it, which leads Brown-Easley to fear becoming homeless, and not being able to provide for his daughter. After deciding to stage a bank robbery in order to get the media attention he desires, Brown-Easley prays with his daughter and ultimately decides it would be best to let the remaining two hostages go and end the situation before it gets worse, only to be killed right at that moment by law enforcement who want to bring an end to the situation, not knowing what is going on inside.

The two hostages, Estel Valerie (Bank Manager played by Nicole Beharie) and Rosa Diaz (Bank Clerk played by Selenis Leyva), did an amazing job displaying fear, compassion, and empathy toward Brown-Easley, who never intended for either of them to be hurt.

Director Abi Damaris Corbin, co-writing the script with Kwame Kwei-Armah, along with cinematography done by Doug Emmett, was a perfect team to execute the vision of this story. I found this film to have accurate portrayal of Brown-Easley’s disabilities, whether it was him being triggered by sounds or how he communicated, whether verbal or nonverbal. “892” is a film that will leave you with a lot to think about and is worth a watch, discussion, and platform.

Jacquill Moss is the Entertainment Media Program Coordinator at RespectAbility. After being selected through RespectAbility as one of 10 participants of the WarnerMedia Access Early Career Bootcamp, Moss was recruited for the Entertainment Media Program Coordinator position. Born with nocturnal epilepsy, this position not only aligned with Moss’ diverse skillset but also his lived disability experience, passion for advocacy and evolving the narrative. Outside of RespectAbility, Moss works on bringing awareness to unhoused youth, mental health and foster children to support those in need.

Next: NGA Chair Gov. Hutchinson: “Great Opportunity to Improve the Lives and Productivity” of Americans with Disabilities