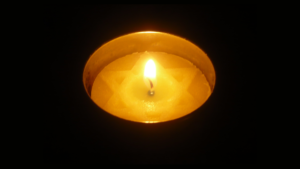 More than 300,000 people with disabilities were experimented on and murdered through the Nazi regime. They considered people with disabilities to be “easy targets,” and saw them as bodies for experimentation and physical punishment. Many of these experiments were headed by Joseph Goebbels, a “doctor” who worked under Hitler to create propaganda and new methods to experiment on people. Goebbels found unique ways to spread hate towards minority groups through posters, radio, and other forms of media without explicitly explaining the physical tactics he would be using to achieve the “final solution.” His devious ways helped him gain a large following amongst the German people. The Holocaust Museum of Washington D.C. created a large exhibition on Goebbels and different types of propaganda used throughout the war, and you can learn more at their website.

Today, people still struggle to celebrate who they are. Stigmas and stereotypes about different minority groups, including individuals with disabilities, remain prevalent. We say “never forget” as a way of reminding us all to not allow what has happened in the past to happen again. But stigmas, discrimination and hate still exist in our society. This Yom HaShoah, as we remember the past, it is important that we also look to the future. We have come from such dark times and it is important that we do not continue patterns of discrimination. We should be creating a more inclusive, accessible, and kind world for future generations to come. My hope for this year is that we encourage those around us to be more patient, understanding, and inclusive to all those around us regardless of race, sexuality, disability, gender, or ethnicity.

Samantha Haas is a virtual substitute teacher, Hebrew school teacher and Intern for New Directions Early Head Start of Delaware. She has high hopes that she will be able to impact the lives of many children and families.