Oklahoma’s Gov. Stitt is Committed to Continuing Employment Growth for People with Disabilities 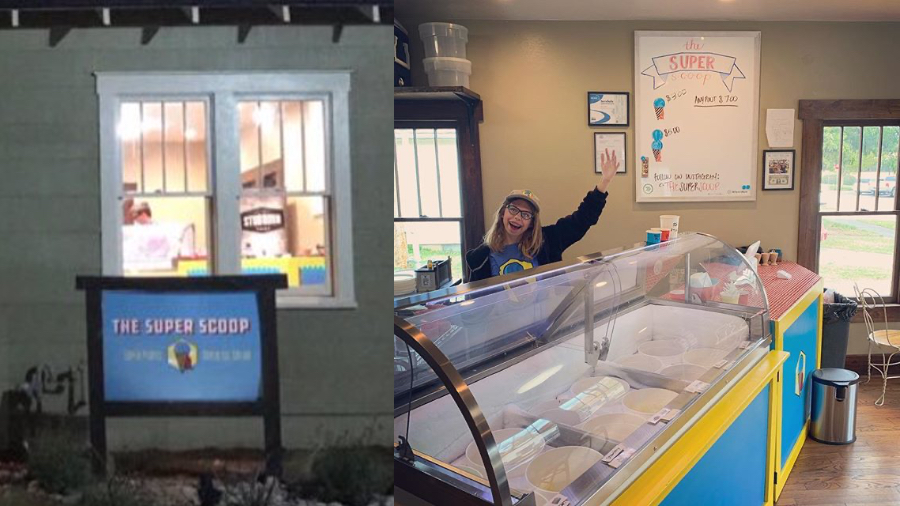 Not Your Average Joe is one such example of how Oklahoma is improving its employment rate for people with disabilities.

127,608 working-age Oklahomans with disabilities are employed, putting the state’s disability employment rate at 37.6 percent. That total includes people who are blind or deaf or have other visible conditions such as spinal cord injuries, as well as people with invisible disabilities including learning disabilities, mental health or Autism.

As such, Gov. Kevin Stitt has declared October as Disability Employment Awareness Month to help raise this percentage.

“The Oklahoma Works partnership fosters an inclusive workforce that recognizes every Oklahoman for the talents of all people” Gov. Stitt stated. 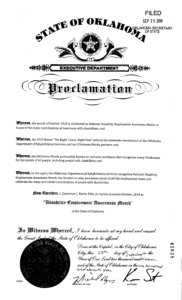 South Dakota, North Dakota and Utah have the highest disability employment rates of any state. These are the results of deliberate strategies implemented by leaders in the community, in government and in the school system. Employment First is one such strategy. It is a strategy where critical social programs are oriented toward ensuring that getting a job is the top priority for individuals with disabilities. That goal is reinforced with high expectations among the teachers, coaches and parents around that individual.

Oklahoma can further capitalize on past successes by following the example of states that show constant improvement such as Florida and Ohio. Both can attribute a portion of their growth in disability employment to Project SEARCH, a program for young adults with disabilities to improve their skills, learn from job coaches and ultimately find a job. Data shows that 70 percent of SEARCH interns who complete their training obtain competitive employment. By expanding such critical programs, Oklahoma can increase the number of people with disabilities entering the workforce.

Next: More Latinx People with Disabilities Are Entering the Workforce