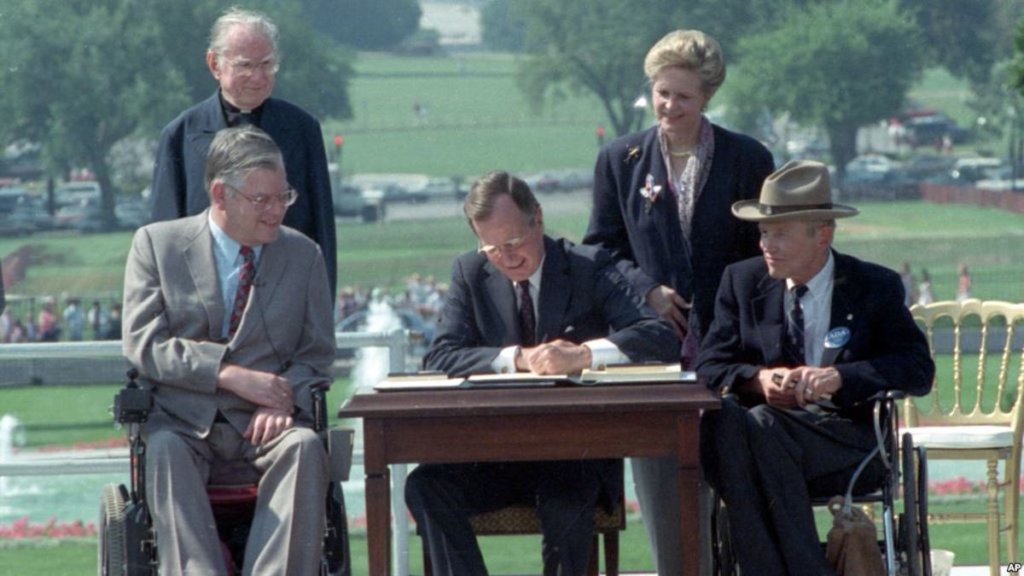 “Among President George H.W. Bush’s lifetime accomplishments, perhaps his most profound and impactful is the ADA,” said Hon. Steve Bartlett, who serves as Chairman of RespectAbility’s Board of Directors and who worked with Bush on the ADA. “He was the originator and the force behind the ADA. He consistently gave others the credit. Indeed, he announced his proposal that became the ADA the evening before his inaugural, surprising everyone in Washington except Boyden Gray and Justin Dart. The President allowed Congress to do the legislating of course, but he personally guided the process gently but firmly for 18 months. Millions of Americans with disabilities, and their friends and families, live better lives because of George H.W. Bush. Thank you Mr. President.”

Jennifer Laszlo Mizrahi, RespectAbility’s President, wrote an article about President Bush for the Huffington Post in 2015. The message remains the same. An excerpt is below:

“Because of ADA, people with hearing or vision differences are able to access computers and telecommunications devices. It’s the difference between being a part of our community and being in prison. There are many, many people including Justin Dart, Bobby Silverstein, Lex Frieden and many others to thank for the ADA. However, chief amongst them is President George H.W. Bush.

Today many people think that ‘disability issues’ are the domain of Democrats. But that was not the case back in 1990 when ADA was passed, and should not be that way now. 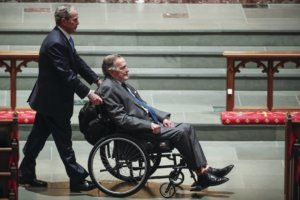 President George H.W. Bush (Bush 41) cares deeply about disability issues. Pre-ADA, as Vice President, he met with disability leaders. According to the outstanding new book Enabling Actsby Lennard J. Davis, Bush spoke of his personal experiences with disability with his brother Prescot, who was born with the use of only one eye; his uncle John Walker, who had polio, his daughter, who died in infancy of leukemia; his son Neil, who was severely dyslexic; and his son Marvin, who had had a colostomy as a result of ulcerative colitis just a few months earlier at the age of 21. At the time, Bush 41 did not personally have any disabilities. But he took what he learned from experiences of loved ones around him for good. He was a champion for, and the signer of, the ADA.”

Previous: Jews and Arabs in Israel Unite by Working Together within the Disability Community: by Dr. Noorit Felsenthal Berger