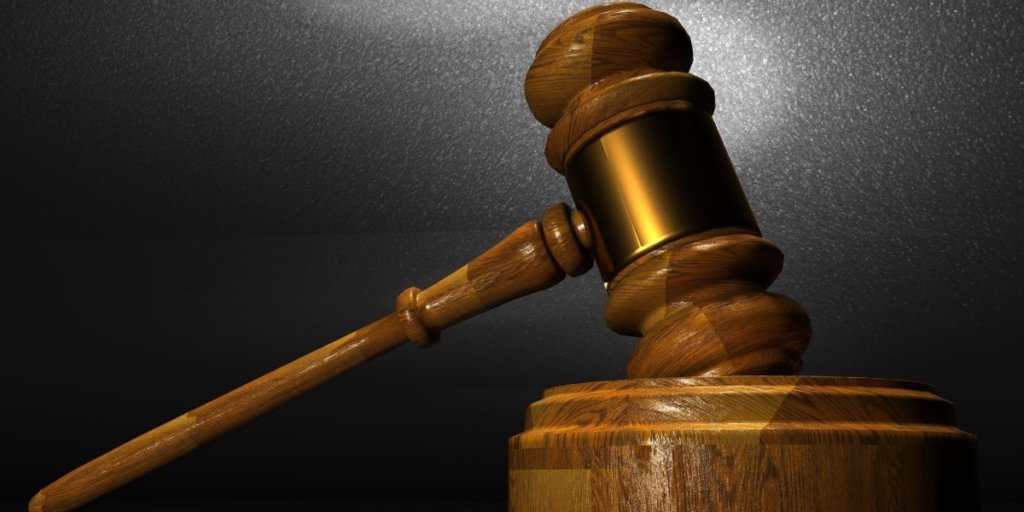 Washington, D.C., Dec. 18 – As Congress advances our national dialogue on criminal justice reform, it is critical to remember that criminal justice issues are issues that dramatically impact people with disabilities. According to the Bureau of Justice Statistics, 32 percent of federal prisoners and 40 percent of people in jail have at least one disability.

RespectAbility, a nonprofit disability organization, estimates that more than 750,000 people with disabilities are behind bars in America today. This includes 140,000 who are blind or have vision loss, approximately the same number who are deaf or have significant hearing loss and more than 200,000 who have mobility issues. The largest group, which includes more than half a million people, has cognitive impairments. Some have multiple disabilities.

On Tuesday, the Senate passed a set of reforms that could enable tens of thousands of people with disabilities to exit incarceration by an 87-12 vote. The House is expected to pass the bill later this week, sending it to President Trump for his signature. “These developments reflect a bipartisan consensus on the need to address mass incarceration, disproportionate sentencing, and re-entry supports for returning citizens — all issues that disproportionally impact people with disabilities.” said Hon. Steve Bartlett, the former Dallas mayor and member of Congress who now chairs RespectAbility.  “These efforts have garnered support from the White House and Governors from both parties across the country.”

While the reforms under consideration would only directly impact the 180,000 inmates in Federal prison, this issue is still good news for the over 2 million people behind bars in America today. It also good news for thousands of Americans with disabilities in the criminal justice system.

“We need to acknowledge and accommodate for the full range and large numbers of people with diverse disabilities who are incarcerated,” said Janie Jeffers, former US Parole Commissioner who now leads Jeffers and Associates and is a board member of RespectAbility. She co-authored “Disability and Criminal Justice Reform: Keys to Success” and is an expert on crime and prisons. “Failure to adequately and appropriately deal with these disability issues expands the cycle of failure, crime and recidivism.” 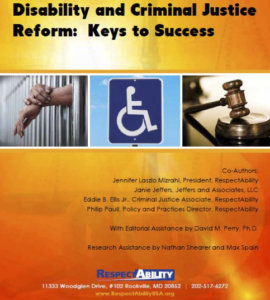 The authors of “Disability and Criminal Justice Reform: Keys to Success” who include Jeffers as well as Eddie Ellis Jr. and RespectAbility’s president Jennifer Laszlo Mizrahi and policy director Philip Kahn-Pauli, argued that for criminal justice reform to succeed, every stage and effort must take into account the specific realities and needs of people with disabilities who are in the school-to-prison pipeline, the justice system or returning to our communities.

For decades, stories about criminal justice have focused on race and poverty alone. But this story misses the lens of what happens to people with disabilities whose parents or schools do not have the resources to ensure they have a correct disability diagnoses, IEPs and accommodations.

The majority of people behind bars are functionally illiterate and did not complete high school. Many have repeatedly been victims of assault, sexual violence, bullying and low expectations – experiences that often correlate with later committing crimes.

Once individuals with a disability are in the system, they face significant problems including access to counsel, a lack of accommodations, complex rules, systematic abuse and solitary confinement. Many are abused behind bars. For example, people who are deaf or blind are put in solitary for years as an “accommodation;” however, evidence shows that this can cause them to have significant mental health problems.