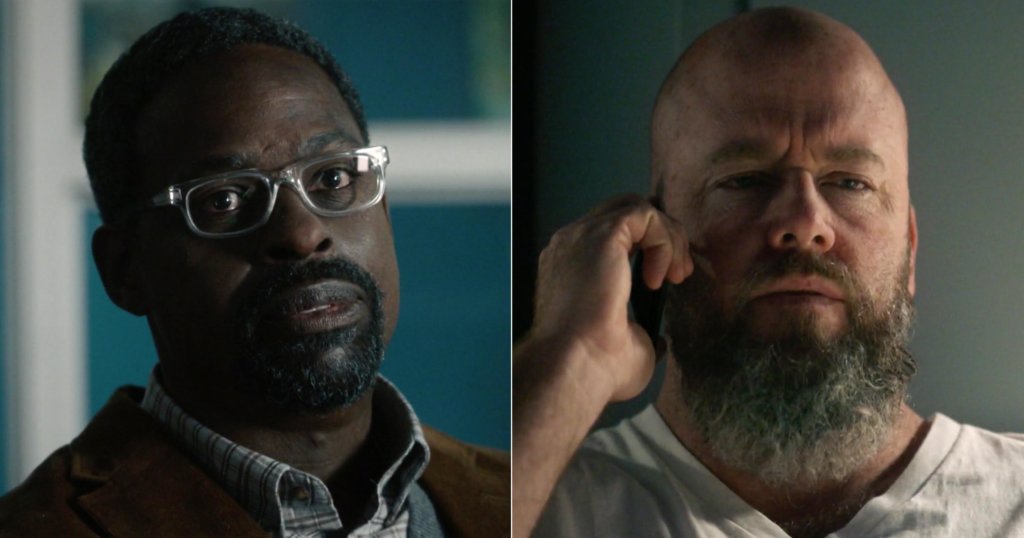 Randall (Sterling K. Brown) and Toby (Chris Sullivan) on This Is Us

Los Angeles, California, Oct. 15 – The third season of This Is Us continues to tear at viewers’ heartstrings while carefully using its platform to shed light on an important issue that often goes unspoken in today’s society: mental health. According to the National Alliance on Mental Illness (NAMI), one-in-five Americans lives with some form of mental illness. Not only is the show written in a way that people can connect with but it also is subliminally inviting the everyday viewer to join the conversation about the inclusion of people with disabilities.

In the most recent episode, Randall, one of the adult triplets, and Toby, who is married to another of the triplets, Kate, have a conversation that highlights how men often hide the fact that they have mental health conditions. In doing so, This Is Us helps to break down stigmas surrounding men with mental illness.

“I can’t picture you with anxiety,” Toby tells Randall in the episode. “You know, the way you present.”

Toby then reveals that he takes medication for depression. “Without it, life gets pretty scary.”

“Never would have known,” Randall says. 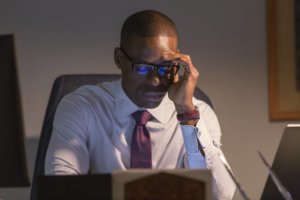 Randall, played by Sterling K. Brown, who won an Emmy for his portrayal, has had anxiety since he was a child. He is making his way through fatherhood, employment and life with anxiety. According to The Anxiety and Depression Association of America, 40 million adults in the United States have an anxiety disorder.

Anxiety is made up of a number of disorders that cause fear as well as severe worrying to the point where it begins to take over a person’s life, according to NAMI. It is classified as the most common health disorder in the U.S. Eighteen percent of adults in the U.S. have an anxiety disorder. Eight percent of children experience anxiety disorders as well.

Depression, which Toby has, can be a serious mental illness that negatively impacts how a person feels, thinks and behaves around others. Feelings of sadness and a loss of interest are the most obvious symptoms of depression, according to the American Psychiatric Association. If not treated appropriately, emotional and physical problems can occur as a result of depression. Depression can come into a person’s life at any time, but the most common times are the late teens or mid 20’s. Seven percent of the population has had at least one depressive episode, which are 16 million adults in total. Depression does not discriminate by racial background or socioeconomic status.

While Toby’s story line around his depression is not yet as developed, Randall had a panic attack toward the end of the first season and addressed his anxiety through a dialogue with his foster daughter last season. Toby, on the other hand, has been keeping his depression close to him. Viewers only know of it due to his wife’s fertility doctor saying that his medicine for depression may be causing issues with his sperm.

This minute-long conversation between Randall and Toby helps to break down stigmas about mental health, especially among men. Randall and Toby represent almost 20 percent of the population. Yet few male role models with mental illness exist – leading to a lack of discussions about one’s mental illness – even with family members.

In the exclusive after show, Chris Sullivan, who plays Toby, and KJ Steinberg, writer and co-executive producer, talk about the process in the writers’ room when discussing how Toby and Randall will talk about their mental health differences with each other.

Steinberg says it is “actually a really sensitive conversation.”

“The fear is to treat it too glibly,” Steinberg continued. “You never want anything to appear too simple. But you also are writing for characters who share an intimacy and a need to connect with one another.”

Viewers can resonate with this story line because it portrays viewers’ lives every single day.

Tagged as: This Is Us

Next: Gov. Walker’s Commitment on Jobs for Alaskans with Disabilities