Accessibility Through Innovation is Model of Success

Rockville, Md., Oct. 25 – Tom Wlodkowski, who is blind, loves TV.  He knows first-hand that, contrary to conventional wisdom, he’s not the only blind or vision-impaired person who is passionate about entertainment and news media. Indeed, millions of vision-impaired people love to watch television. However, since blind and low-vision people could not access the menus for the hundreds of channels that Comcast offers, Comcast was missing out on customers – and vision-impaired people were missing a lot of shows.

Because of Wlodkowski, who is Vice President, Accessibility for Comcast Cable, and his team, Comcast invented a new interface to solve the problem so that vision-impaired customers could use their remote controls to choose their favorite shows. The navigational text of the set top box is announced in speech when highlighted by the push of a button on the remote. It is the nation’s first talking cable TV interface. 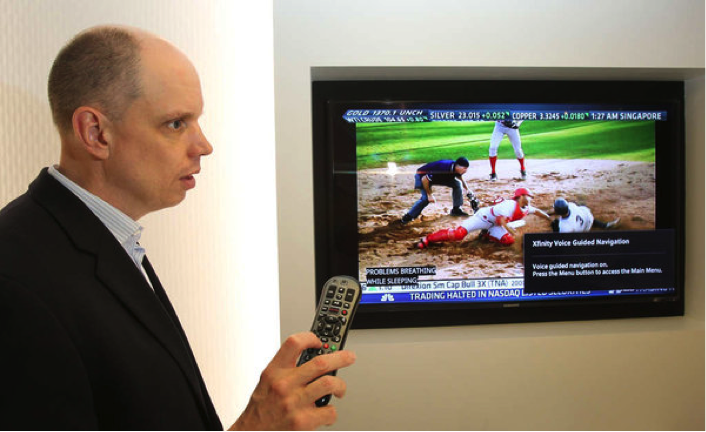 Comcast as a company, as well as its customers with vision-impairments, each benefited by the fact that Comcast has people with disabilities in leadership positions and throughout its team. As a company, Comcast understands the importance of making its products and services open to all users, regardless of their abilities. People with disabilities serve in various roles throughout the company.

“I know firsthand that technology can be a great equalizer, and I am proud to work alongside people who are committed to making our products and services accessible to all our customers,” Wlodkowski explained. “At Comcast, we work hard to develop new innovations that open new doors to independence for those with disabilities.”

The company also boasts the Comcast Accessibility Center of Excellence, a dedicated customer support center for people with disabilities, and an Accessibility Product and Development Lab that serves as a workshop and showcase for assistive technologies.

Two years ago, Comcast introduced its new interface for vision-impaired TV and movie fans with a special ad that aired nationally during the Oscar Awards. The ad, Emily’s Oz de-bunks the myth that blind people don’t like movies. It shows what Emily, an adorable young girl who is blind, imagines when she watches her favorite movie – The Wizard of Oz. In the ad she talks about how she imagines the scarecrow, tin man and lion look – and then the ad brings those visions to life. It ends with the corporate plug that launched the product: “Now, with the first talking guide from XFINITY, millions of people like Emily can enjoy the magic of TV shows and movies independently.”

Comcast’s video description and voice remote allow Emily to participate fully, equally and without any special equipment. Seven-year-old Emily, like millions of other potential vision-impaired Comcast customers, now can independently search for her favorite TV shows and movies. 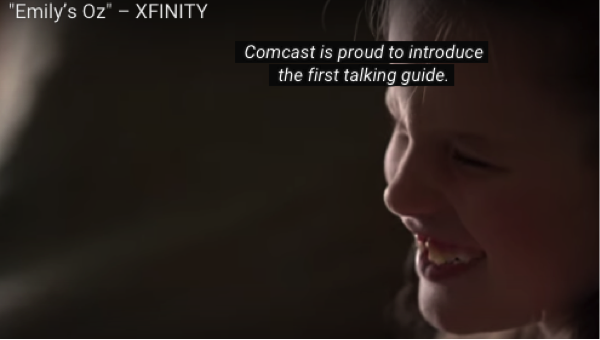 Emily, an adorable young girl who is blind, imagines when she watches her favorite movie – The Wizard of Oz.

By hiring people with disabilities, the company’s innovation increased, which helped Comcast gain customers within the vision-impaired market. But it also helped them with customers and potential customers whose vision is perfect. That is because Comcast received more earned (free) media from Emily’s Oz than any other advertisement. Emily was interviewed in one media outlet after another, becoming a celebrity in her own right. In addition to attracting the market share for potential vision-impaired customers, Comcast earned a bump in approval as a company overall. In a highly competitive and aggressive market, that was a key advantage for Comcast.

“As someone who was born blind, I always thought of technology as a great equalizer,” Wlodkowski said. “And when I joined Comcast to focus on product accessibility, I was excited to explore how our services could open new doors to independence.”

“People with disabilities are forced to innovate daily,” Jennifer Laszlo Mizrahi, president of RespectAbility and herself a person with a disability, said. “Innovation becomes ingrained in people with disabilities. It’s exciting to see how Comcast has brought this talent to their company in order to yield great results across the board.”

Andrea Cifor, Senior Data Quality Manager for Comcast Cable, explains the attitude and outlook she shares with Comcast. Cifor, a wheelchair user, was hit by a drunk driver more than 18 years ago.

“I have this unique way of seeing things, I see pattern in everything now. That is my superpower and it came from a feature that some call a disability. This is why a diverse workplace is so important to me. I love to see how all the superpowers come together to make something better than anyone could ever imagine… Better than if we were to only hire people that look, act, and think the same way. That is how we design better products and deliver great service to all of our customers because some of them have superpowers, too.”

Wlodkowski agrees, “The future of awesome is accessible to everyone.”

In 2014, 34,000 of Comcast NBC Universal’s employees participated in a voluntary disability self-identification survey to effectively account for the needs of their workforce. RespectAbility’s campaign #RespectTheAbility highlights companies like Comcast that work toward leveling the field for all employees, regardless of their abilities.

And customers agree. “It is very difficult to express the feeling one gets from independence. It’s something I fear is often taken for granted … Comcast has not just provided a new feature, they’ve made a bold move to send a powerful message – a message of hope – a message that every person matters,” said Matthew Vollbrecht, a Pennsylvania customer “They have also reminded other companies that good is the enemy of great, that the status quo is not good enough, and that accessibility should be a right – not a privilege.”

Leading Inside and Out

Comcast’s team members know that other companies should share the magic of diversity as well. Fred Maahs, director of national partnerships for Comcast Corporation and vice president of Comcast Foundation, served at chairman of the American Association of People with Disabilities when it partnered with the U.S. Business Labor Network (USBLN) to create the first ever Disability Equality Index (DEI). The DEI is an objective tool to monitor and measure the level of inclusion of people with disabilities as customers, employees, and suppliers.

Maahs, himself a wheelchair user, is active in helping numerous philanthropic causes. Not surprisingly, due to its commitment to inclusion and innovation, Comcast scored 100 percent – a perfect score – on the DEI index. But it also helped inspire other companies to do the same. Comcast remained at the top in both 2016 and 2017. Comcast partnered with AAPD and USBLN to create the technology for the index.