Zero Actor Nominees for Academy Awards Have a Known Disability 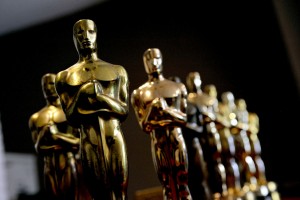 Los Angeles, Calif. – As Hollywood gets ready to celebrate the Oscars this weekend, a glaring omission of nominees is evident. No known actor with a disability was nominated for an Academy Award. By not including authentic disability in the diversity conversation, Hollywood leaves out the largest minority in the U.S.

“Hollywood has to catch up with its audience,” RespectAbility President Jennifer Laszlo Mizrahi said. “Diversity must really mean diversity – and that includes the one-in-five Americans who has a disability. Disability needs to be a part of every conversation on diversity. When films and television shows lack the inclusion of disability in their diversity efforts, Hollywood is disenfranchising the one-in-five Americans who have a disability.”

However, there are two examples of importance in this arena. Behind the scenes, Marvel’s Doctor Strange has been nominated in the category of visual effects. Two of the individuals who contributed to this cinematic technology, Jacob Fenster and Noah Schneider, have autism and currently work at Exceptional Minds Studios in Sherman Oaks, California. Marvel Studios is planning to partner on 15 more movies with Exceptional Minds, a nonprofit vocational school and working studio that prepares young adults on the autism spectrum for careers in digital animation and visual effects.

Additionally, Life, Animated was nominated for the full-length documentary category. The film shows how Owen, a young man with Autism who was unable to speak as a child, and his father are able to connect using Disney animated films.

Of the nine films nominated for Best Picture, four have themes or sub-plots related to disability. However, none of those roles are played by an actor with a known disability. Manchester by the Sea includes themes of mental health, alcoholism and drug use. Likewise, Moonlight includes story lines surrounding drug addiction. Arrival, a science-fiction film, includes a child with cancer.

Williamson does not have a disability himself, which is quite common when it comes to casting actors portraying people with disabilities. The Ruderman White Paper on Disability in Television found that non-disabled actors on television play more than 95 percent of characters with disabilities. When an actor mimics someone from any minority group, whether it be racial or disability, he takes a job from an actor who genuinely has that characteristic and perpetuates that group’s under-representation in the industry.

One film that exemplified the positive portrayal of disability this year is Finding Dory, yet it was not nominated for an Oscar. It was the number one film at the domestic box office last year. Financial successes like this film show that positive portrayal of disability is a winning theme. In Finding Dory, disability is not something Dory needs to overcome, but something she needs to learn to accept and work with to accomplish things “in her own Dory way.”

Including Disability in Diversity

Fences, as well as Moonlight and Hidden Figures are all films nominated for best picture that have been noted to be racially diverse. In addition, six black actors have received a nomination, which is a record high.

“The studios and major film distributors really gave it to us this year,” said Gil Robertson, the African American Film Critics Association’s co-founder and president. “By any measurement, it’s been an exceptional year for blacks in film. From comedies to high-quality dramas and documentaries, 2016 will forever represent a bonanza year for black cinema, and all cinema really.”

In a statement, Robertson also spoke of the importance of other minority communities, listing out the “Asian, Hispanic, Native American and LGBT communities,” but he failed to include the disability community – a common occurrence even among the best intentioned.

People with disabilities are the largest minority in America, with almost one-in-five Americans having a disability. Yet the disability community often is forgotten in diversity conversations. According to GLAAD, fewer than 2 percent of scripted television characters (15) have disabilities. In addition to the lack of representation in general, what does exist is misleading. Almost all portrayals of people with disabilities in media are white, despite the fact that disability impacts all ethnicities.

According to a recent report by The Media, Diversity, & Social Change (MDSC) Initiative at USC’s Annenberg School for Communication and Journalism, only 2.4 percent of all speaking or named characters in film were shown to have a disability in 2015 and none of the leading character were from underrepresented racial or ethnic groups. “Depictions of disability are not only marginalized,” the report says, “they also obscure the true diversity of this community.”

It is important to note that anyone can join the disability community at any point in time and that people with disabilities come from all communities – including the African American, Asian, Hispanic, Native American and LGBTQ communities.

Culture plays a critical role in American society. It contributes to the values and ideals that define us, and what we desire to share with our families, friends, coworkers and children.

What people see and hear impacts what they think and feel – and what they think and feel has life-and-death consequences. People with disabilities lack access to healthcare, education and employment opportunities. Medical professionals withhold treatments due to valuing people with disabilities less than those without disabilities. This ranges from OB/GYNs recommending abortions for fetuses with non-fatal prenatally diagnosed conditions to orthodontists not placing braces because of prejudice.

Sadly, for generations, television and movies have shown people with disabilities as objects of pity. From the Jerry Lewis telethons to stories where school teams become heroes simply by letting one kid with a disability play for a few minutes out on the court or field, society’s television sets and movie screens have brought the American public stigmas that undermine people who have a disability.

An increase in positive, diverse and accurate portrayals of people with disabilities in television and film can significantly help to end stigmas that limit their health and lives. Award-winning actors, producers and directors can use their immense talents to fight stigmas and advance opportunities for the 22 million working-age Americans with disabilities, only one-in-three of whom has a job today. 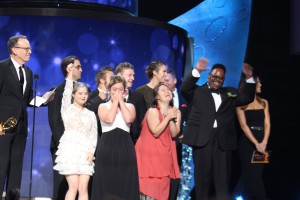 RespectAbility wants to see many more great shows come out of Hollywood – like A&E’s Emmy-winning and stigma-busting docu-series Born this Way, starring diverse young adults with Down syndrome who achieve in education, employment and good health. There should be more role models like those seen in Speechless, Switched at Birth, and Finding Dory.

In addition to television shows and movies highlighting disability, RespectAbility calls on Hollywood to include people with disabilities in all television shows and movies. Depictions of disability should be seen for the abilities and contributions they can make. For example, in scenes where people are working as doctors, lawyers, teachers, etc., the actor could just happen to have a disability – without the focus being on the disability. In this way, more successful role models of people with disabilities will be available.

There is good work being done by SAG-AFTRA, GLAAD, the Media Access Awards, and other key leaders from the television, film and disability  community. However, much more must be done to tear down stigmas that undermine people with disabilities’ opportunities to receive the education, training and employment opportunities needed to succeed, just like anyone else.

This can start with more people with disabilities being visible in front of – and behind – the camera. Changing hearts, minds and behaviors takes great messages, delivery systems and message repetition. Diversity and inclusion processes are also needed inside networks and studios so diversity and accurate portrayals become natural and consistent.

Tagged as: Born This Way, Oscars

Next: People with Disabilities Twice as Likely to be Employed in Some States as Others