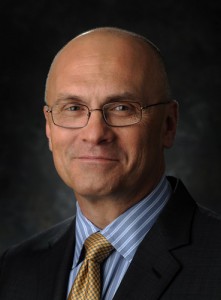 Washington, Dec. 8 – As news reports say President elect Donald Trump is expected to nominate fast-food executive Andy Puzder as labor secretary, RespectAbility congratulates Puzder on the nomination but encourages both Trump and Puzder to include people with disabilities in their jobs programs.

An adviser and contributor to Trump’s campaign, Puzder is the chief executive of CKE Restaurants Holdings Inc., the parent company of the Carl’s Jr. and Hardee’s burger chains, which employs more than 20,000 people.

Only one in three working-age Americans with a disability has a job, despite the fact that studies show that 70 percent of the 21-million working-age people with disabilities are striving for work. More than 78 percent of non-disabled Americans are employed.

RespectAbility looks forward to working the new potential secretary of labor to ensure that all people with disabilities who choose to work are given opportunities to find competitive, integrated employment.

“Our nation was founded on the principle that anyone who works hard should be able to get ahead in life,” said Jennifer Laszlo Mizrahi, president of RespectAbility, a nonprofit organization fighting stigmas and advancing opportunities for people with disabilities. “Companies including Amazon, Starbucks, Pepsi and others have shown that employees with disabilities are loyal, successful and help them make more money. People with disabilities bring unique characteristics and talents to workplaces that benefit employers and organizations. If we find the right jobs for the right people, it can and does increase the bottom line of companies.”

Puzder has spoken out against raising the federal minimum wage and criticized the Affordable Care Act, calling for its repeal.

“People with disabilities need access to good jobs and healthcare so that they too can achieve the American dream,” said Mizrahi.

Eleven million people with disabilities of working age are living on government benefits. In an op-ed last summer, Puzder said such benefits “can lock [people] into poverty.”

“As the Trump administration focuses on jobs for Americans, the inclusion of all people, including those with disabilities, in competitive paying positions needs to be a top priority,” Mizrahi added. “Puzder has called for a change in the benefits system. People with disabilities are not looking for hand-outs but cannot be put in a position where they would lose supports for personal care assistants and other necessary items to live an independent life. People with disabilities want jobs and deserve the opportunity to earn an income and achieve independence, just like anyone else.”

Previous: Bridges from School to Work and Transformative Power of a Job for Youth with Disabilities