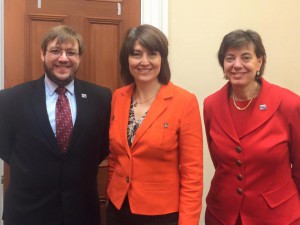 Washington, Dec. 9 – According to multiple news reports, President-elect Donald Trump has announced his choice for Secretary of the Interior, five-term Washington Congresswoman Cathy McMorris Rodgers. Currently the highest-ranking woman in Congress, McMorris Rodgers has been praised by the disability community for her strong history of advocating for the rights of people with disabilities, and RespectAbility congratulates the Congresswoman on her nomination.

In addition, news outlets are reporting that Trump will name Goldman Sachs veteran, Gary Cohn, to head the National Economic Council, where he would have significant influence over the administration’s economic policy, including corporate taxes and U.S. trade policy. Cohn, who has dyslexia, credits this disability with leading to many of his successes.

“As part of America’s New Congress, we are here to advance real solutions,” McMorris Rodgers said in her comments on the signing of the ABLE Act in 2015. “Solutions that make people’s lives better. Solutions that empower all Americans – no matter where they come from or how much money they make or what challenges they face.”

Earlier this December, McMorris Rodgers received the United States International Council on Disabilities’ Dole-Harkin award, which honors leaders who have been crucial players in the global disability rights movement.

Much of McMorris Rodgers’ work on disability is based on helping people with disabilities live independent lives.

“We want to live independently, we want to work, we want every opportunity for those with disabilities to have the opportunity to live the American Dream,” McMorris Rodgers said at a rally for the National Council on Independent Living last year.

Her dedication to disability rights comes from her experience raising a son with Down syndrome. Raising a child with a disability has made her “a better person and a better legislator,” McMorris Rodgers said.

McMorris Rodgers is active in the Down syndrome community as well, as the founder and co-chair of the Congressional Down Syndrome Caucus. She also helped launch the first season of Born This Way, a reality TV show that follows the lives of young adults with Down syndrome, at the Washington, D.C., premiere in December 2015.

As Secretary of the Interior, McMorris Rodgers would manage federal lands for conservation and mineral development and oversee national parks, giving the Congresswoman an opportunity to continue in her fight to bring equal opportunity to people with disabilities. 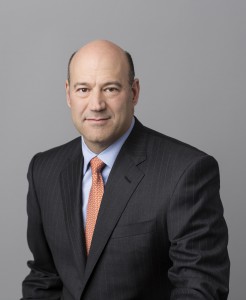 As a child growing up in Cleveland, Ohio, Gary Cohn was called an “idiot” by teachers and classmates. Yet Cohn graduated from both high school and college, something the majority of students with disabilities do not do. After graduation, he found a job in sales for U.S. Steel and later took a chance that led him to Wall Street.

“The one trait in a lot of dyslexic people I know is that by the time we got out of college, our ability to deal with failure was very highly developed,” Cohn told Malcolm Gladwell, who wrote about the businessman’s experiences in the book David and Goliath. “And so we look at most situations and see much more of the upside than the downside. It doesn’t faze us.”

While visiting New York, Cohn devised a plan to meet a broker and initiated the sharing of a cab with him to LaGuardia Airport, using the time to network. Cohn left the cab with the man’s number and had a job on Wall Street with his firm the next week.

“I’ve thought about it many times, I really have, because it defined who I am,” Cohn told Gladwell. “I wouldn’t be where I am today without my dyslexia. I never would have taken that first chance.”

Next: Powerful Role that Mentorship can Play in Supporting Employment Opportunities for Youth with Disabilities