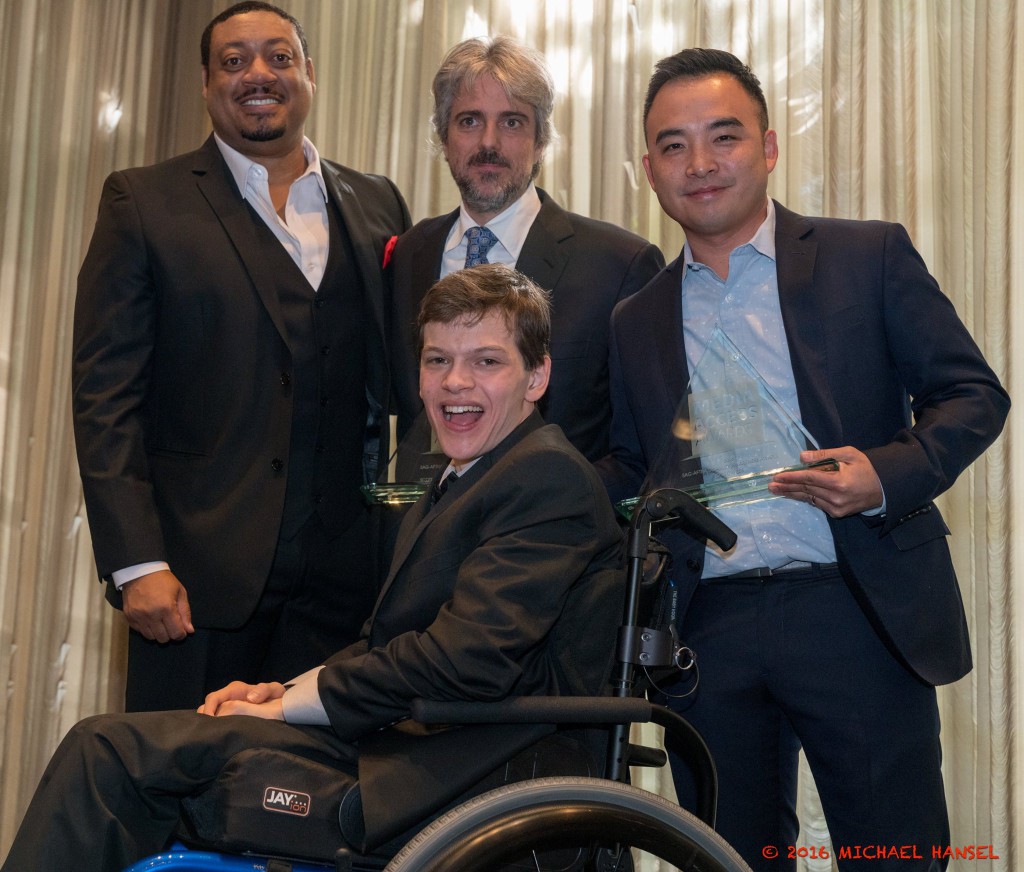 Los Angeles – As Hollywood came together to celebrate people with disabilities, media creators recognized the importance of accurate representation of the largest minority in the U.S. 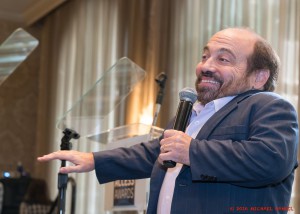 The honors were presented at the Media Access Awards, an event promoting disability and its depictions in film, television, and new media. In attendance were key entertainment leaders with ties to disabilities. It was emceed by actor/comedian Danny Woodburn who also was awarded the Norman Lear – Geri Jewell Lifetime Achievement Award for both his acting career and his disability advocacy work.

Casting Director Susie Farris, who cast Fowler, was awarded with the Casting Society of America Award. She spoke about the importance of Fowler’s character not being an inspiration. Speechless now reaches seven million people.

Silveri, who grew up in a family intimate with disability issues with a brother who has cerebral palsy, talked about not even thinking about including people with disabilities in his work for many years. When he came up with the idea of Speechless, he said he found networks willing and interested. Silveri thanked disability advocates who have been working for years to open the doors for him. “If we’re going to be storytellers,” Silver said, “then we have to include disability.”

Speaking of “white able-bodied male jerks” who write for Hollywood, Silveri said many don’t get the importance of inclusion of people with disabilities but they are not trying to be wrong. 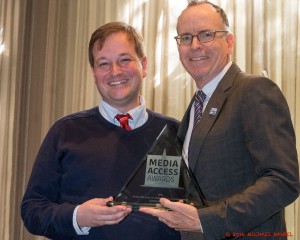 Another major winner was creator and executive producer of A&E Networks’ Born This Way Jonathan Murray, who said people with disabilities “have been placed on the sidelines and the margins of primetime television.”

“With Born This Way airing on A&E, that is no longer the case,” Murray added.

His newest show, Emmy-winning Born This Way, features seven individuals with Down syndrome. During its first season, the show increased its viewership by more than 80 percent, which Murray says proves that shows featuring people with disabilities “is not only the right thing to do, it’s also good business.”

Awarded with the Producers Guild of America George Sunga Award, Murray has been promoting the importance of including all minorities in his various television series such as The Real World, The Challenge and Project Runway.

The Media Access Awards aim to recognize depictions of disability that are accurate, inclusive and multi-faceted. The ceremony honors industry professionals who have advanced disability-related narrative in fields including writing, producing, casting, performance and directing. 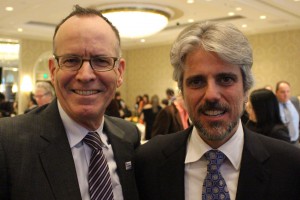 “Each year 300,000 young people with disabilities reach the age to enter the workforce,” Murray said. “However, despite polls showing that most of these young people want to work, they often hit a roadblock because of negative stigmas. So it is wonderful that views of Born This Way see young adults in our series contributing to their workplaces, and, in one case, starting her own business. It is also wonderful that our viewers see our cast as individuals, each with distinct personalities and dreams.” 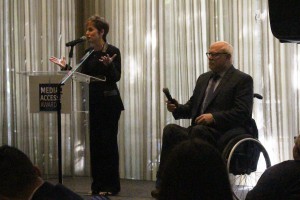 Zach Weinstein, who presented Arney with his award, summed up one purpose of the awards ceremony. Talking about his 13-day-old son, he said he is happy to known he will grow up in a world “where disability is going to be normalized.”

Previous: Honoring All Veterans on Veterans Day: What are Trump’s policies for veterans with disabilities?

Next: Disabilities to Diverse Abilities at Ernst & Young (EY)