Presidential Debate: Will the candidates address the slaughter of people with disabilities in America?

Washington, Sept. 26 – Tonight’s presidential debate will cover three topics, each to be discussed for two 15-minute segments: “America’s Direction,” “Achieving Prosperity” and “Securing America.” As the New York Times explains, “these topics cover a lot of ground and could refer to anything: the economy, national security, domestic policy or the environment, to name just a few.”

The very flexible nature of these topics will allow debate moderator Lester Holt of NBC News to ask about current events and recent topics of conversation. One such topic is the increasing amount of people of color with disabilities being killed by police. 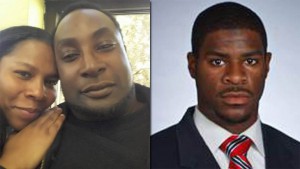 In a video recorded by Keith Lamont Scott’s wife, viewers hear her pleading with police, telling them that Scott does not have a gun but that he has a TBI, a traumatic brain injury, and is not going to harm them. The video was released on Friday.

In a speech on Wednesday about employment for people with disabilities, Democratic nominee Hillary Clinton spoke about Scott’s death.

When presented with the information that people with disabilities more likely to suffer from police violence during the #PwDsVote Presidential Questionnaire, Clinton replied, “It is heartbreaking to hear of police encounters that go wrong and result in injury or death. These dynamics are often the result of misinformation, lack of cultural understanding, or failing to provide officers with the training they need as frontline responders.”

She continues: “I will work to strengthen the bonds of trust between communities and police, including making new investments to support law enforcement training programs at every level of government – including on implicit bias, use of force, de-escalation, crisis intervention, alternatives to incarceration, and officer safety and wellness. To increase transparency and accountability, I will provide federal matching funds to make body cameras available to every police officer across the nation, and I will double funding for the DOJ’s “Collaborative Reform” program to provide technical assistance and training to agencies that undertake voluntary efforts toward transformational reform of their police departments.”

The questionnaire also was shared with Republican nominee Donald Trump, but his campaign has yet to submit a response.

While Scott’s disability was not public at the time of Clinton’s remarks last week, there have been several instances of people of color being shot by police who also have a disability.

As recorded by historian David Perry and disability expert Lawrence Carter-Long in a report by The Ruderman Family Foundation, a third to one-half of all people killed by police are people with disabilities and this is an important lens that cannot be forgotten when examining cases like Scott’s. His death exemplifies the complexities of looking at the intersections of risk factors – including disability and racism.

People with disabilities, especially minorities, are among the most vulnerable when it comes to poverty, exploitation, victimization and violence. We need more sustained analysis into ways structural and individual ableism leads to the victimization of vulnerable individuals.

We cannot fix these problems unless we confront all the forms of oppression that intersect to ruin lives, absorb vast sums of money and shatter dreams. Disability is a critical part of that equation.

One in five Americans has a disability and the majority of voters have a loved one with a disability. In past elections, the disability community has been ignored. But the recent Pew poll shows that voters with disabilities span the political and demographic spectrum and can determine who wins elections.

If you need any state-specific statistics, please let us know!

Next: Born This Way #BTWChat: September 27