Today, there are more than 750,000 Americans with disabilities behind bars.

A new report released June 20, showed, for the first time, that a shocking number of America’s jail and prison inmates have disabilities. The report, released by the advocacy group RespectAbility, used public data previously available but never before assembled and details the large percentages of inmates who have a cognitive, vision, hearing, ambulatory or other type of disability. 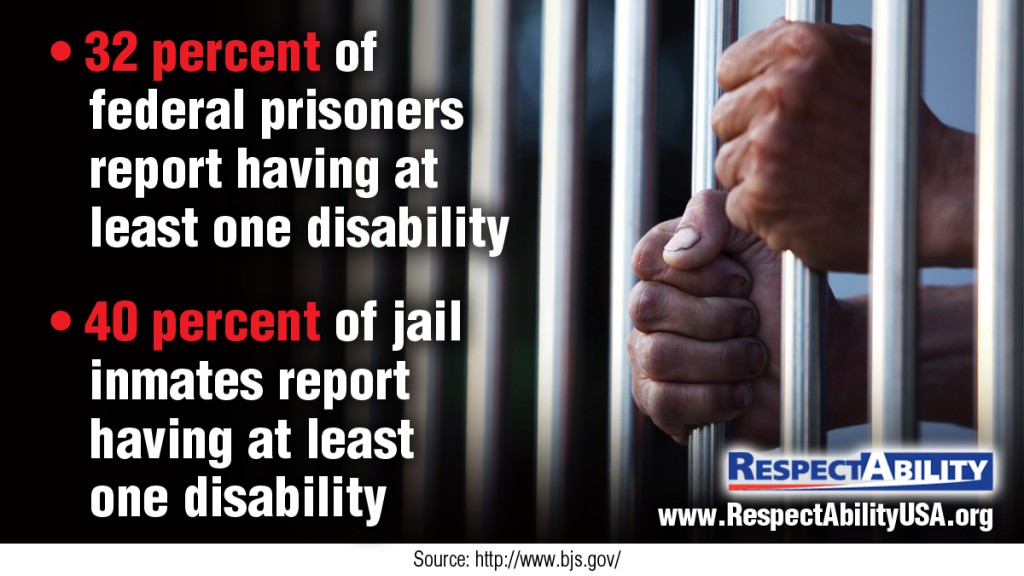 The data shows that 32 percent of federal prisoners and 40 percent of people in jail have at least one disability. Fully 95 percent of them will be released eventually, but without proper programming in place, many of them will end up reincarcerated. The report was released and the data discussed at a panel discussion on Capitol Hill featuring advocates for disabilities and criminal justice reform and returning citizens with disabilities.

Jennifer Laszlo Mizrahi is the CEO and president of RespectAbility, a nonprofit organization working to empower people with disabilities to achieve the American dream. She brings significant visibility to the issues of America’s 56 million citizens with disabilities. The coauthor of a major tool kit on best practices on employment for people with disabilities, she has published dozens of publications on disability issues. Dyslexic herself, she also knows what it means to parent a child with multiple disabilities. A former spokesperson for a national political party, Mizrahi became “post-partisan” after 9/11. Previously Mizrahi was political and training director for Campaigns & Elections magazine. The cofounder/director of The Mizrahi Family Charitable foundation, Mizrahi is active in the philanthropic community.

Eddie B. Ellis Jr., a Washingtonian native, is a reentry advocate/consultant, trainer, mentor and motivational speaker. As a returning citizen with a disability and a person of color, Ellis’ experience provides invaluable insight and depth into his work that allows him to connect with and engage the community in which he serves. He is the founder and CEO of OneBy1, an organization that works with communities and partners to provide youth development workshops and mentoring services to keep youth out of the corrections system and help those exiting the system stay out. Ellis also has written and published several resource guides offering service referrals, practical tips and inspiration to former offenders and parolees returning to the Washington, D.C., metropolitan area. He works hard to ensure that individuals reentering society are well informed and sufficiently equipped to make better choices for themselves and that they are truly given a second chance.

Janie L. Jeffers, of Jeffers and Associates, LLC, served as Executive Deputy Director for the Federal DC Interagency Task Force at the White House OMB and also served as Policy Advisor for the President’s Crime Prevention Council. From 1992-1996, she was Chief of the National Office of Citizen Participation for the Federal Bureau of Prisons at the Department of Justice and, from 1985-1991, she was Deputy Commissioner for the New York City Department of Correction, rising through the ranks to become the first civilian to achieve that position.

Moderated by Evelyn Kelley, a paralegal and project assistant for the Wilmer Hale law firm and member of the Board of Directors at RespectAbility

How can I request accommodations?
ADA seating and live captioning will be provided. Please let us known in advance if you need other accommodations.

Will there be a live webcast?
We are working on setting one up. If you have expertise in doing so and would like to offer your services, please be in touch!

Next: Disability and Criminal Justice Reform: Keys to Success