With Social Security Disability Trust Fund Due to Bankrupt in 2016, RespectAbilityUSA Releases Toolkit for Policy Leaders on Employment for People with Disabilities

Unlike employment outcomes for women, African Americans and Hispanics, which have been improving over time, the gap between employment rates of those with and without disabilities has expanded significantly since 1981. Likewise, poverty, isolation and other challenges are rampant amongst America’s 56 million citizens with disabilities.

Employment Gap Between Civilians Ages 18-64 With and Without Disabilities 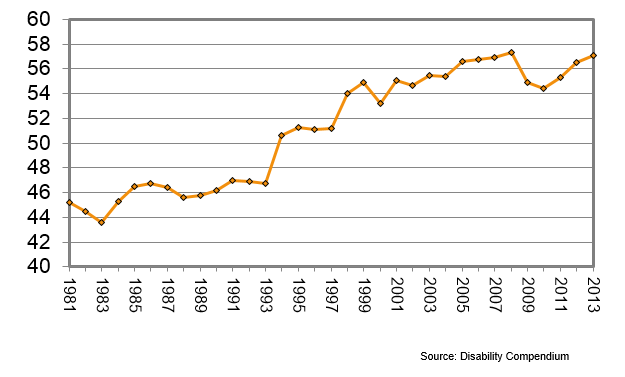 Contrast on Employment Between People with and Without Disabilities 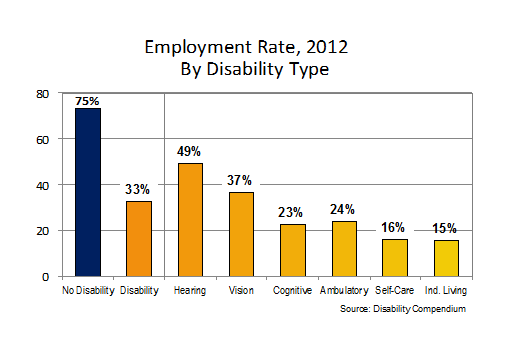 The government accounting office (GOA) sighted a problem with lack of coordination and performance metrics in programs to expand employment to people with disabilities. There are many ideas on what can work. One of the great ones is to understand the potential benefits of Project Search and other school to work transition programs, but there are many others as well. To get specific information on how many people in your area are working age and live with disabilities and on benefits, as well as ideas on how to enable them to get jobs and become independent, go to the resources for policy makers section of our website.

Next: RespectAbilityUSA Releases Toolkit for Job Seekers with Disabilities