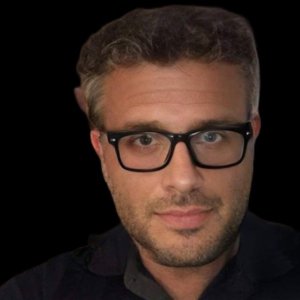 Riccardo Ricciardi was born in Los Angeles, California, but he spent most of his childhood in La Paz, Bolivia. He served in the US Air Force and was based in San Antonio, Texas.  He then moved to London, England where he worked for Pan American World Airways as a flight attendant, and eventually returned back to the United States to attend New York University. Currently he lives in the Los Angeles area.

Ricciardi has a Bachelor’s degree in individualized studies from New York University. He was also awarded an undergraduate fellowship in biophysics at the Lawrence Berkeley Lab at UC Berkeley, where he was a co-author on two peer-reviewed academic publications.

Ricciardi had the opportunity to witness and experience the impact of disabilities on people around the world firsthand, first by serving in the United States Air Force and then by working as a flight attendant. During this time, he was diagnosed with ADHD, and soon after, he suffered a stroke, leaving his left hand paralyzed. The RespectAbility Apprenticeship in Jewish Nonprofit Management will give him the knowledge and the skillset needed to pursue his career goal, which is to work in a nonprofit setting where people with disabilities can be empowered, benefit, and shine with their gifts and talents as active participants in the community.

In the future, Ricciardi sees himself in a managerial role, making use of new technologies, solidifying strategies, expanding the donor network database, always being aware of the ever-changing environment, with full awareness of “Tikun Olam,” improving the world.

Ricciardi is a bona fide computer nerd. Ever since he was a kid, he enjoyed breaking down computer pieces and building them up, usually without success. In his apartment, he tends a tiny little garden that is chock full of pots with carrots, tomatoes, chard, peppers, Brussels sprouts, and more.