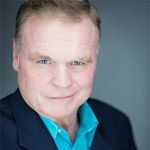 “Amputation is a part of who I am but not the sum total of what I am. I am an amputee father, grandfather, certified private pilot and PADI Scuba Instructor. I can portray more character roles than just an amputee.”

An amputee is someone who does not have all or part of at least one limb. Amputees may choose to wear a prosthesis. They may use assistive devices like a wheelchair, crutches or a cane to get around. It is possible that they experience phantom pains or sensations in the limb that is not there. Some amputees may require physical accessibility such as ramps or elevators. Some amputees may also require items that are easy to grasp.

According to Limbs for Life, on average, 507 people lose a limb each day, joining more than 2.1 million amputees living with limb loss in the United States. Diseases including diabetes and vascular disease, accidents, birth defects and warfare are the primary causes of limb loss. Both “someone with an amputation” and amputee are acceptable terms to use.

National organizations for people with an amputation: