Reflections on Juneteenth and Fighting The Status Quo 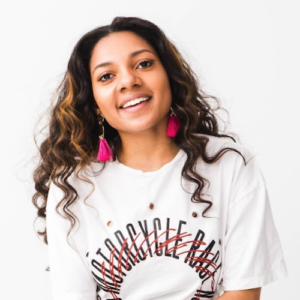 A month ago, my family celebrated a huge milestone, my father’s 76th birthday. Most people know my father as a former Commander in Chief for the Chicago Police Department, but I know him as a jack of all trades including being a civic leader, entrepreneur, and hero. Throughout his life, my father maintained a commitment to giving back to his community and fighting the status quo. This Juneteenth, the lessons from my father are at the top of my mind as I reflect back on previous feelings of anger and despair.  I find myself having deeper conversations about the challenges that face the Black community and not being content with the status quo. However, I look forward to learning from others, changing with the times and redefining the status quo. This year, I will be reflecting on how far we have come and how much more work we need to do.

Juneteenth is the day where many people across the country commemorate the true end of slavery. History teaches us that slaves were freed from the Emancipation Proclamation, but in truth, slavery still continued, and the status quo was maintained. Two and a half years later, on June 19, 1865, federal troops announced the end of the Civil War and ensured that all slaves were freed in Galveston, Texas, and the entire Confederacy as a whole.

Celebrating Juneteenth requires more than buying from large corporate companies that put out marketing materials for their own benefit or denouncing racism on your social media. Juneteenth is a time for reckoning where American needs to be confronted with its own history of violence and systemic racism against Black Americans.

The truth is that America has never acknowledged the wealth that was gained on the backs of hard-working slaves, nor the trauma that Black Americans faced and continue to face.

Imagine being Black and disabled, where you’re constantly faced with oppressive and discriminatory behaviors and a history of inequality. As a Black woman with a nonvisible disability, it was made very clear to me that disability was a taboo topic. I thought that I had to stay silent about my disability, and I outwardly identified solely as a Black woman.

It wasn’t until I joined RespectAbility that I realized that disability was an identity and that it was okay to claim it. As I look back on the times where I was deemed “difficult” and denied accommodations, I now recognize how I endured ableist oppression which kept me away from many opportunities. However, looking towards my father, who always broke the status quo, enabled me to take pride in all aspects of my identity. This is why I wanted to initiate a conversation of the intersectionality of disability and race and America’s failure to address the systemic barriers that exclude people like me from progress.

This month, Juneteenth is being celebrated in the African American community as a day of reflection, healing, and advocacy. I encourage you to give back to the Black community by shopping with Black owned businesses and supporting Black led non-profits.

I leave you with four recommendations around how to reflect on Juneteenth.

Educate Yourself and Others: Juneteenth may be new to you, your family, and your friends, but it has been celebrated within the Black community for more than a hundred years. I think it’s important to educate ourselves on history. There are tons of Black artist, creators, authors, and educators that have put out great work on American History.

Reflect on Your Diversity, Equity, and Inclusion Efforts: As leaders and changemakers in philanthropy, we have such a strong impact. It’s important to analyze how our actions and beliefs could cause harm and possibly become barriers to the Black community.

Support a Black Owned Business or Black-Led Non-Profit: Many large corporations are putting out Juneteenth merchandise, but I think it’s important to support black owned small businesses or a non-profit that fights for racial justice and equality.

Speak Up: It’s hard advocating for yourself, let alone others. But speaking up about discrimination, prejudice, and racism is crucial for the development of the Black community. Use your most important asset, your voice!

Ellynne Davis received a Bachelor’s degree in Communications and Psychology from University of Illinois Urbana-Champaign in May 2018. She wants to work on advancing opportunities for people with disabilities in the event planning industry.

Next: Disability Awareness: How to Plan Accessible ERG Events