Flag honoring Ronald Glancz to be flown over U.S. Capitol

Glancz to be honored at RespectAbility Event July 30th 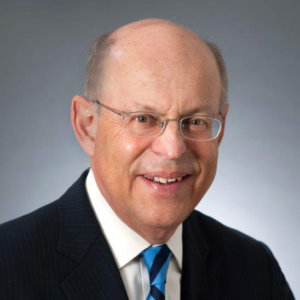 Washington, D.C., July 27 – Ronald R. Glancz, key civic leader, will be honored at RespectAbility’s summit on Capitol Hill on July 30. Glancz currently serves as the treasurer of RespectAbility, a nonprofit organization fighting stigmas and expanding opportunities for people with disabilities. Rep. Brad Sherman will announce the award and present the flag at the event, “From Washington to Hollywood and Beyond: The Future of Americans With Disabilities.” Glancz is a key member of the board of RespectAbility, where he leads its budget and financials.

“It is truly an honor to serve beside Ron on RespectAbility’s board of directors,” said Calvin Harris, chair of RespectAbility. “His steadfast commitment to fighting stigmas in disability, especially for children, set the standard for our board. As chair, I will forever be grateful for the grit and pragmatic leadership that Ron brought to Respectability.”

Glancz is stepping back from his role as treasurer of RespectAbility due to health concerns. However, he will remain on the board. Said RespectAbility President Jennifer Laszlo Mizrahi, “Ron Glancz has done an amazing job for us – and on so many other things for so many people. He has been sound council and really had our backs.”

Rep. Sherman led the effort to have Glancz recognized by having the flag flown in his honor over the U.S. Capitol. “Ronald Glancz is a role model for all people,” Rep. Sherman said. “He serves on six different nonprofit boards and has worked tirelessly for decades to make the world a better place.”

Glancz previously served as president of the Jewish Foundation for Group Homes (JFGH) and currently is a member of its Executive Committee. “For more than three decades, Ron Glancz has had a dynamic impact on the vitality, integrity and perpetuity of our Greater DC Jewish and Disabilities Communities…. and beyond. Ron is a highly revered, diplomatic, innovative and incomparable leader who has measurably enriched and enhanced the lives of thousands of individuals. ” said Vivian G. Bass, who is CEO emeritus of JFGH and also serves on RespectAbility’s executive committee.

Glancz is also a past president of the Jewish Community Relations Council of Washington and recipient of its 2015 Breslau-Goldman Award. Its executive director, Ron Halber said, “Ronald Glancz is the epitome of a community leader. He leads with intelligence, gratitude and great humility. He has accomplished many things and is widely deserving of this honor.”

For many years Glancz has served on the Board of the Jewish Federation of Greater Washington, and served in 2014-2015 on its executive committee and as treasurer and chair of the Finance Committee. He also is on the board of University of Michigan Hillel. Glancz is a founding board member of TzedekDC, a nonprofit legal services organization protecting low-income DC residents facing life-altering, often unjust, debt collection lawsuits and other consumer protection crises. He also plays a pivotal role in various aspect of his synagogue, Congregation Har Shalom in Potomac, Maryland.

“Ron Glancz is the very definition of humility, kindness, and generosity,” said Rabbi Adam Raskin of Har Shalom. “His love and loyalty for the Jewish people and the State of Israel is unparalleled. For many years, Ron and Margie have been fixtures nearly every Shabbat at Har Shalom, where they are beloved and revered members of the community. Ron’s gentle but compelling leadership has inspired countless people in the many capacities he has served the larger community, myself included. This honor and recognition could not be bestowed on a more worthy recipient.”

Glancz is a lawyer and recently retired after 25 years as a partner at Venable LLP in Washington, D.C., where he was chair of its Financial Services Group. Prior to entering private practice, he was an Assistant General Counsel and Acting Deputy General Counsel at the FDIC; Director of the Litigation Division at the Office of the Comptroller of the Currency; and Assistant Director of the Civil Division’s Appellate Section at the U.S. Department of Justice. Glancz is a former Chancellor of the Exchequer Club of Washington and Vice-Chair of the American Bar Association’s Banking Law Committee. He is a graduate cum laude of the University of Michigan Law School and was an Assistant Editor of the Michigan Law Review.

He and his wife Margie have two adult children, Justin and Rachel, and three grandchildren. Their son Justin has special needs and lives in a JFGH Group Home. Justin is the inspiration for Glancz’s advocacy on behalf of people with physical and intellectual disabilities.

The U.S. flag will be accepted on Glancz’s behalf by longtime friends and disability leaders Vivian Bass and Aaron Kaufman, senior legislative associate for The Jewish Federations of North America. Said Kaufman, “I am honored to accept on Ron’s behalf. He is one of the kindest, most giving people you will ever meet.”