RespectAbility Staff Jul 11, 2017 Bio – Board, Board of Advisors 0 comments

Jaime H. Pacheco-Orozco, Board of Advisors 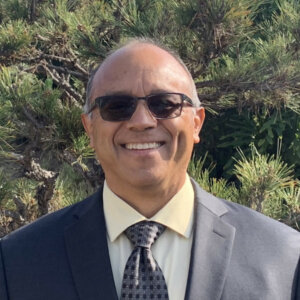 Jaime Pacheco-Orozco currently serves as the Assistant Executive Director of the City of Los Angeles, Department on Disability, where he manages the day-to-day operations of the department and oversees the budgetary, legislative, and strategic planning processes. He has been active in the workforce development arena for past twenty years and previously served as the Division Chief of the City’s Workforce Development System.

In this capacity, Jaime continues to dedicate his time and energy to ensuring that People with Disabilities are afforded the opportunity and provided the option to be fully integrated in the workforce and educational systems. A firm believer that individuals have the right to be productive and contributing members of their communities, he has championed workforce initiatives targeting chronically homeless individuals, ex-offenders, and individuals with disabilities. He has worked diligently with staff and community partners to develop and expand access to disability etiquette training and certification programs, to job readiness and vocational training programs, and to educational services and accommodations. He established the Workforce Development System of the City of Los Angeles as the Employment Network for the Social Security Administration’s Ticket to Work program, and has worked tirelessly to bring together federal, state, and local agencies to better coordinate services for individuals with disabilities.

Jaime understands the myths, misconceptions, and stereotypes associated with being a Person with Disabilities. He has both physical and neurological disabilities. As a child, he was diagnosed with a congenital hip disorder, which required hospitalization and leg braces. He also has a history of stuttering, and developed epilepsy as a result of a traumatic brain injury. As the father of two teenagers with disabilities, he is familiar with the challenges that parents face attempting to secure a Fair and Appropriate Public Education in the K-12 and post-secondary educational systems.

Jaime earned both undergraduate and graduate degrees from Yale University, and has worked in the private, educational, and public sector arenas. He serves as the Chair of the Yale Alumni Schools Committee for the Central Los Angeles area, and previously served on the School Site Council in his children’s school. He previously served as the Vice Chair of the California Committee on the Employment of People with Disabilities, as an appointee of the Speaker of the California Assembly.