Freddie Gray: Nearly Half of People Killed by Police are People with Disabilities

Washington, May 23 – As the verdict comes down on the death of Freddie Gray in police custody in Baltimore, the first trial of his accused killers has come to an end. One of six officers charged in connection with the arrest and subsequent death of Gray last April was acquitted. However, more attention needs to be paid to the fact that Gray was an individual with a disability and the role disability played in his involvement with the justice system. 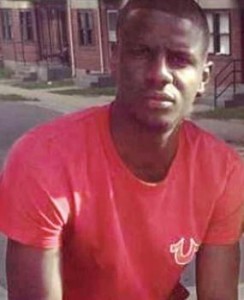 While we are still trying to understand the full ramifications of lead poisoning, advocates and studies say it can diminish cognitive function, increase aggression and ultimately exacerbate the cycle of poverty that is already exceedingly difficult to break. Gray’s death exemplifies the complexities of looking at the intersections of risk factors – including disability and racism. Unaddressed disability issues left him vulnerable to becoming trapped in the school-to-prison pipeline and criminalization.

Lead paint poisoning, like other environmental issues including Fetal Alcohol Syndrome (FAS), can cause an inability to follow multi-step instructions. It is vital for children with these issues to receive single-step instructions and other accommodations until they can learn how to follow multi-step instructions. Early intervention, while brains are still literally shaping and can rewire, is key. That is because significant improvements in “executive function” and other abilities can be achieved. However, when such a disability is not properly diagnosed and addressed, as happens all too often in single parent, minority and other families, an outcome can be “unexpected behaviors” in school. This, as was the case with Mr. Gray, may lead to school suspensions, failure to complete high school and a greater risk of falling into the justice system.

Freddie Gray’s disability did not kill him. However, the lack of an early diagnosis and appropriate supports made it harder for him to complete school. Moreover, Gray’s death was not an isolated incident, as there are numerous public examples of a high profile death where disability was a factor. As recorded by historian David Perry and disability expert Lawrence Carter-Long in a white paper for The Ruderman Family Foundation, Tamir Rice, Sandra Bland, Quintonio Legrier, Robert Ethan Saylor and many others whose stories caught national attention were people with disabilities. More recently, news broke about a young man with a psychiatric disability named Jamycheal Mitchell who starved to death in police custody.

Likewise, many children in Flint, Michigan are being diagnosed with a variety of intellectual and developmental disabilities due to lead poisoning in the water.

“Flint is a perfect storm of racism and classism coming together in an insidious storm to create and perpetuate ableism, racism, and classism,” blogger Cara Liebowitz wrote following a Democratic presidential primary debate in the city.

People with disabilities, especially minorities, are among the most vulnerable when it comes to poverty, exploitation, victimization and violence. We need more sustained analysis into ways structural and individual ableism leads to the victimization of vulnerable individuals.

We cannot fix these problems unless we confront all the forms of oppression that intersect to ruin lives, absorb vast sums of money and shatter dreams. Disability is a critical part of that equation.