The Best—and Worst—States for Workers with Disabilities

Washington, D.C., March 11 – New data from the Disability Compendium’s 2015 Disability Statistics Annual Report shows that nationally only 34.4 percent of U.S. civilians with disabilities ages 18-64 living in the community were employed in 2014, compared to 75.4 percent for people without disabilities – a massive gap of 41 percentage points in the labor force participation rates. This leads to poverty, prison and poor health outcomes.

The new report shows a huge variation in the rates of employment for persons with disabilities between the states.

“The 2016 presidential campaign is largely a reflection of how much the American people are hurting economically. No group is hurting more than people with disabilities, whose gap in labor force participation rates from people without disabilities has increased dramatically,” said Jennifer Laszlo Mizrahi, president of RespectAbility.

“Each year 300,000 young people with disabilities age into what should be the workforce. Sadly, however, in most states, the majority is sitting on the sidelines, despite the fact that most want to work. However, the Disability Compendium shows that were leaders to do the right things, people with disabilities would be twice as likely to be working than in other states.”

In the last years, with strong leadership from Gov. Terry Branstad and then Sen. Tom Harkin, Iowa jumped the highest within the top ten from number seven to number three. In 2013, 44.8 percent of Iowa’s 169,300 working-age people with disabilities were employed. One year later, in 2014, 46.5 percent are employed. Recently, groups such as the Iowa Vocational Rehabilitation Services (IDVR) and the Iowa Developmental Disabilities Council, in partnership with other organizations, have come together to establish the Iowa Coalition for Integrated Employment. Iowa uses Project SEARCH and other methods to successfully transition youth with disabilities into good jobs in their communities. The coalition also has strong partnerships with key employers including Kwik Trip, Winnebago, Manpower, Unity Point and other companies. Iowa also helps people with disabilities start their own companies, such as Em’s Coffee Company and Johnston Creek Farms.

When looking at which states have the biggest gaps between the labor force participation rate (LFPR) of people with disabilities and without disabilities, the ten worst states are Maine, Kentucky, South Carolina, Michigan, West Virginia, Arkansas, Tennessee, Missouri, Vermont and Alabama in that order.

Many have thought that racial issues predominately define employment outcomes. However, some of the best states (i.e. the Dakotas, Iowa, Nebraska and Wyoming) AND worst states (i.e. Maine and Vermont) in terms of gaps in labor force participation rates, are majority white states, showing that other key issues impact performance metrics as well. 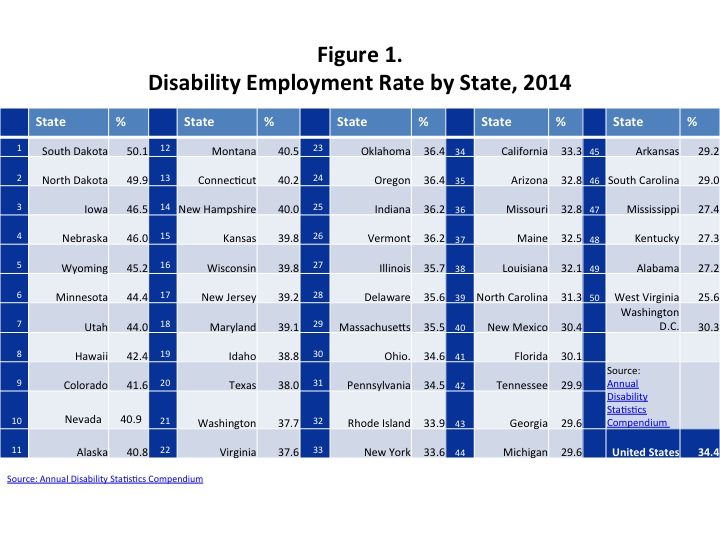 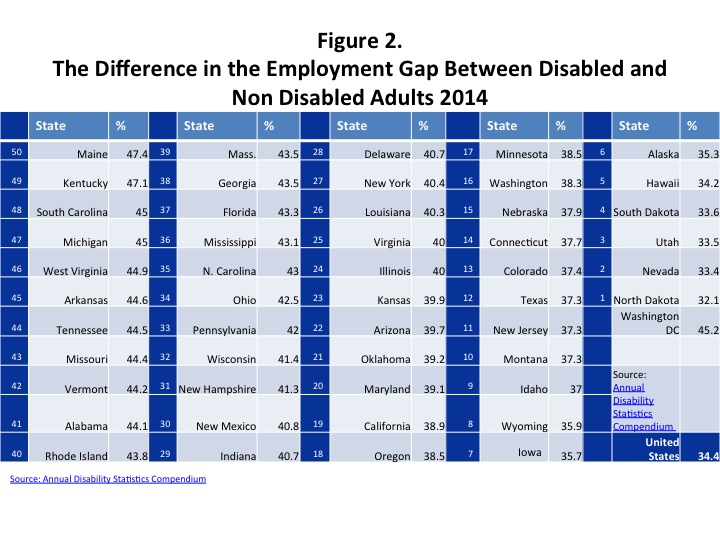 However, for people with cognitive disabilities, there is a 24.2 percent employment rate, which is especially important because there are proven programs such as Project SEARCH that have achieved a 73 percent employment rate for their approximately 2500 participants each year. By dramatically expanding Project Search and other proven youth transition and assistive technologies programs, hundreds of thousands of people with intellectual and other disabilities could enter the workforce successfully. There also is a 24.2 percent success rate for people with ambulatory disabilities, an area where also outcomes could be significantly better if best practices were used by the government. 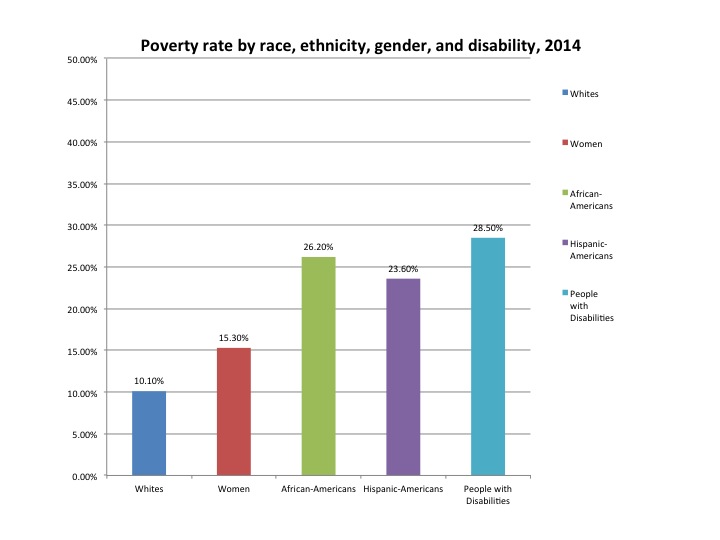 Said Mizrahi, “Ending failed systems and replacing them with innovation and best practices is vital. Jobs and careers – especially youth employment for people with disabilities – must be a central part of any serious anti-poverty and workforce development strategy. This can be win-win-win for employers, taxpayers and people with disabilities alike.”

Next: Urgent Memo on Jobs for People with Disabilities