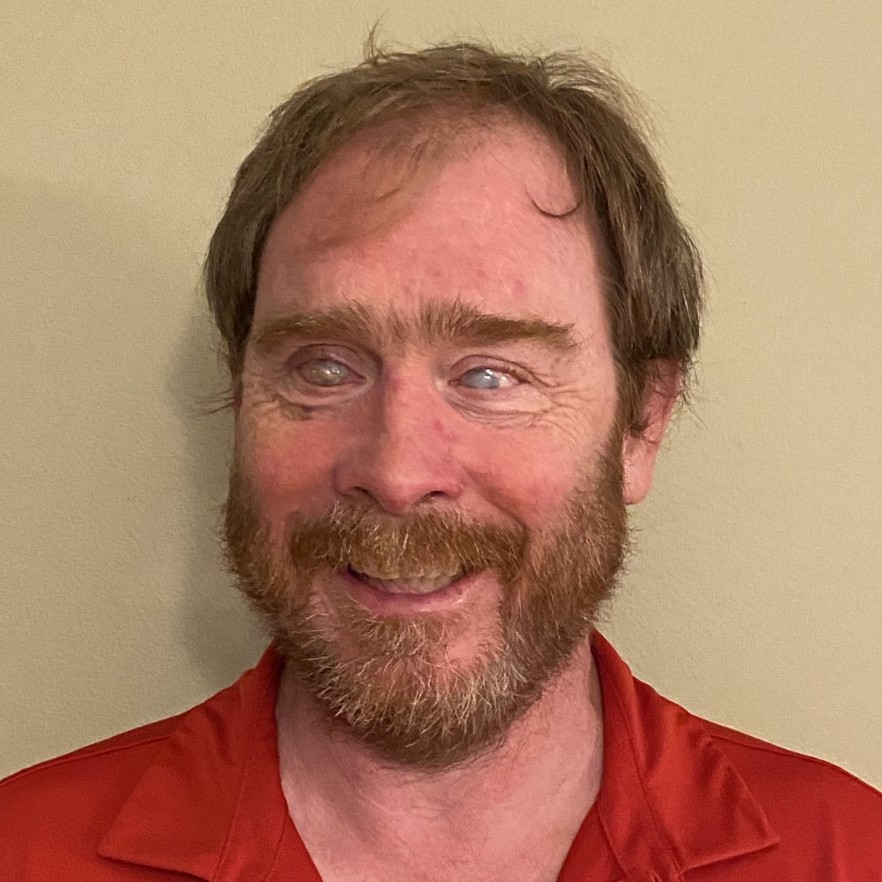 David Hertweck has been a self-advocate for as long as he can remember, including pushing to attend his local mainstream high school in the 1970s, which eventually propelled him to receive a scholarship for his undergraduate education. Looking for his first job in the late 1980s was extremely challenging due to the negative stereotypes surrounding people with disabilities at the time (many of which unfortunately still exist today). But David eventually began his career in STEM which he still enjoys today.

For the past 21 years, Hertweck has worked as an engineer for Bausch & Lomb designing medical equipment for ophthalmic surgery. Before that, he worked in academia running a research lab. As a blind engineer, he finds it incredibly rewarding to design equipment used to restore vision. Hertweck has found the scientific and engineering communities to be incredibly inclusive.

Hertweck is a third-degree black belt in judo and loves passing his knowledge on to others. In the last 2 years he has gotten into long-distance canoe endurance racing, and recently completed his second MR340 (a four-day 340-mile race) down the Missouri River.

Hertweck’s proudest achievements in life are his two wonderful children, one of whom is in college and the other is getting ready to have her first baby.